Great Olympics won the bragging rights in the Accra derby following a 3-0 win over Legon Cities in matchday two fixture of the 2020/21 Ghana Premier League.

Olympics had picked a shocking result away against Medeama on matchday one and were poised for victory ahead of this game.

The ‘dade boys’ were brilliant on the day dominating the game in both halves.

The former Ghana U-20 World Cup winner scored the first goal of the game for Olympics through a set-piece.

Maxwell Quaye and Samuel Abbey were on target to get the two goals to help the Accra based side to secure their first win of the season.

Below are some pictures from the game: 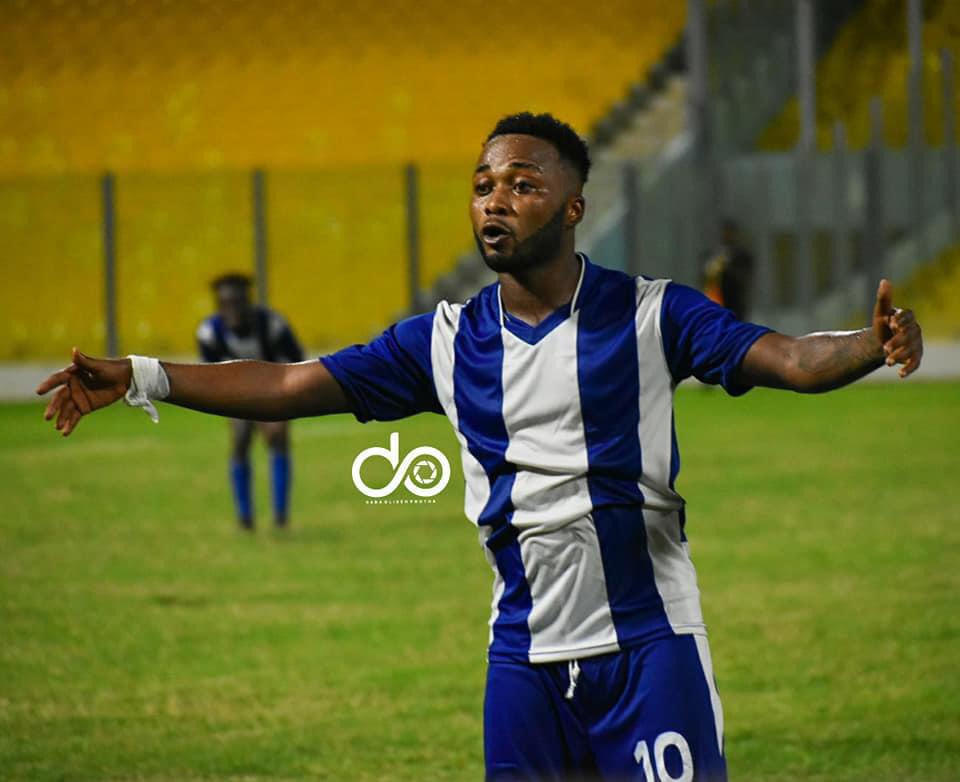 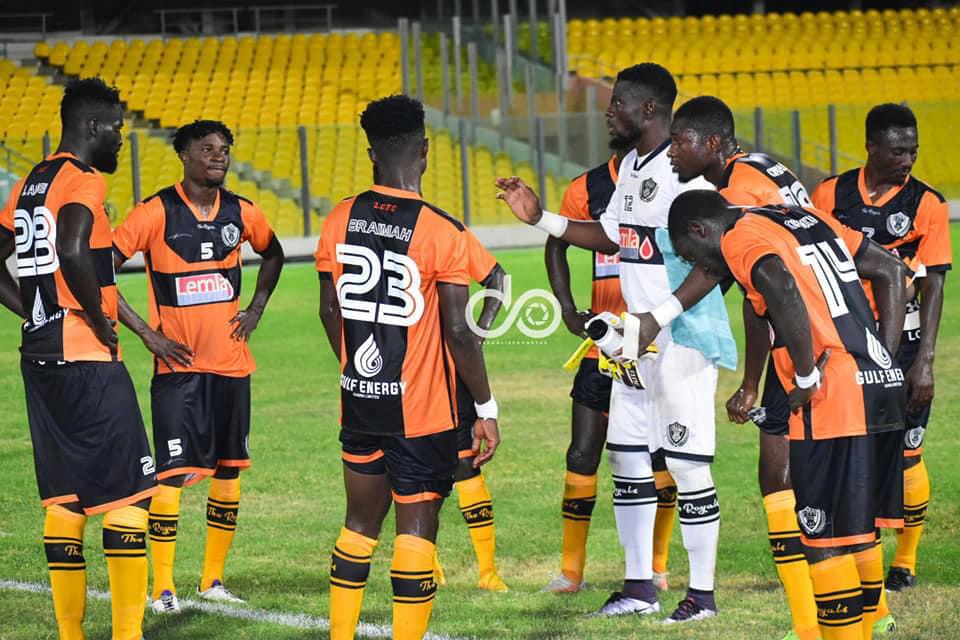 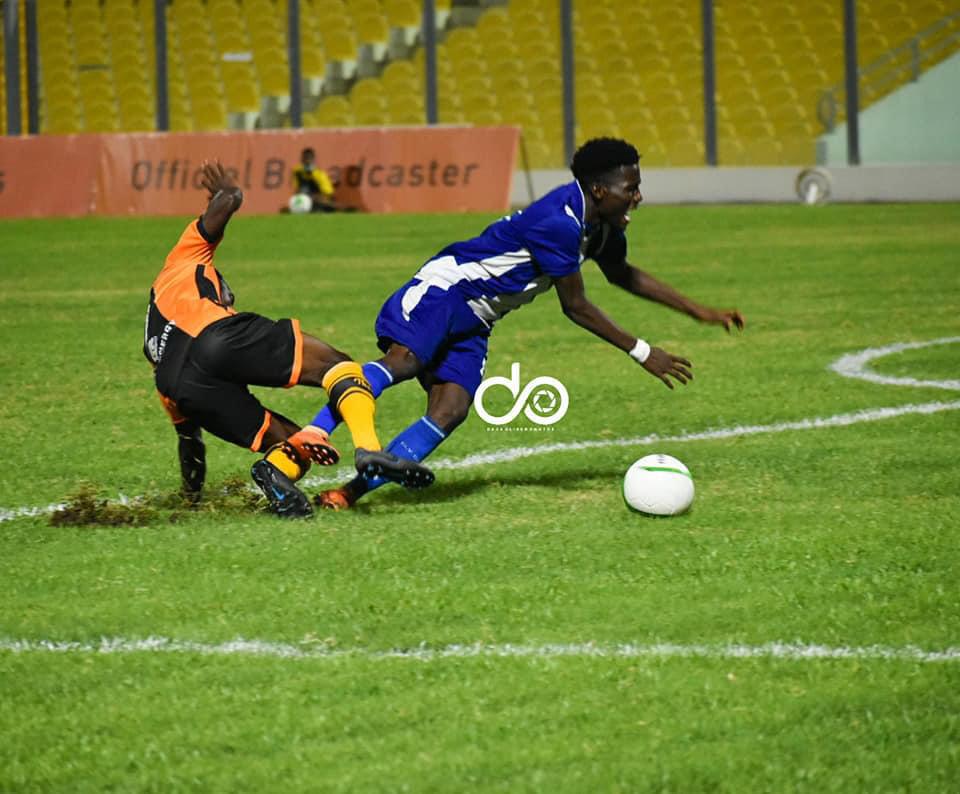 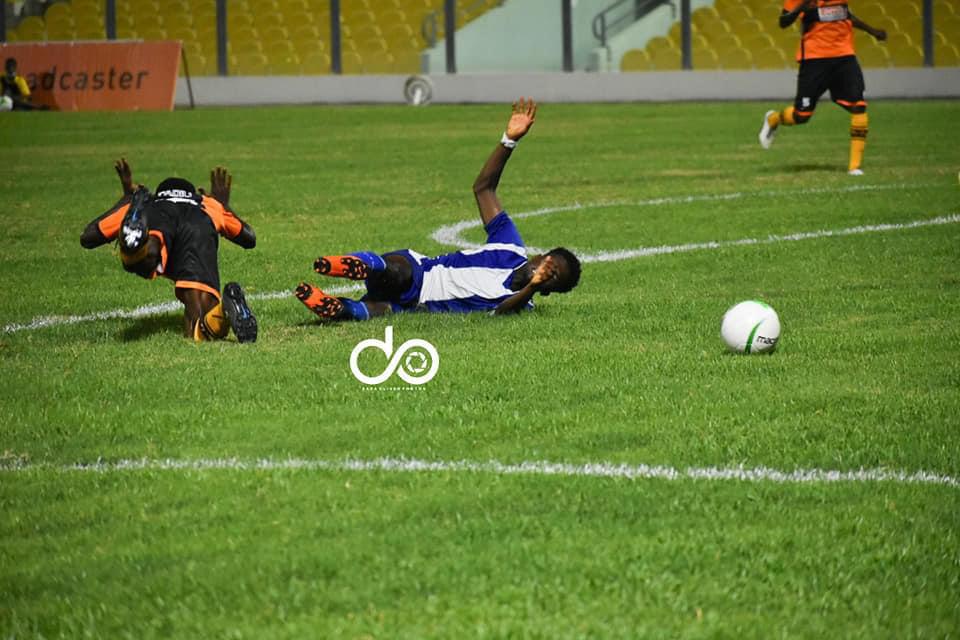 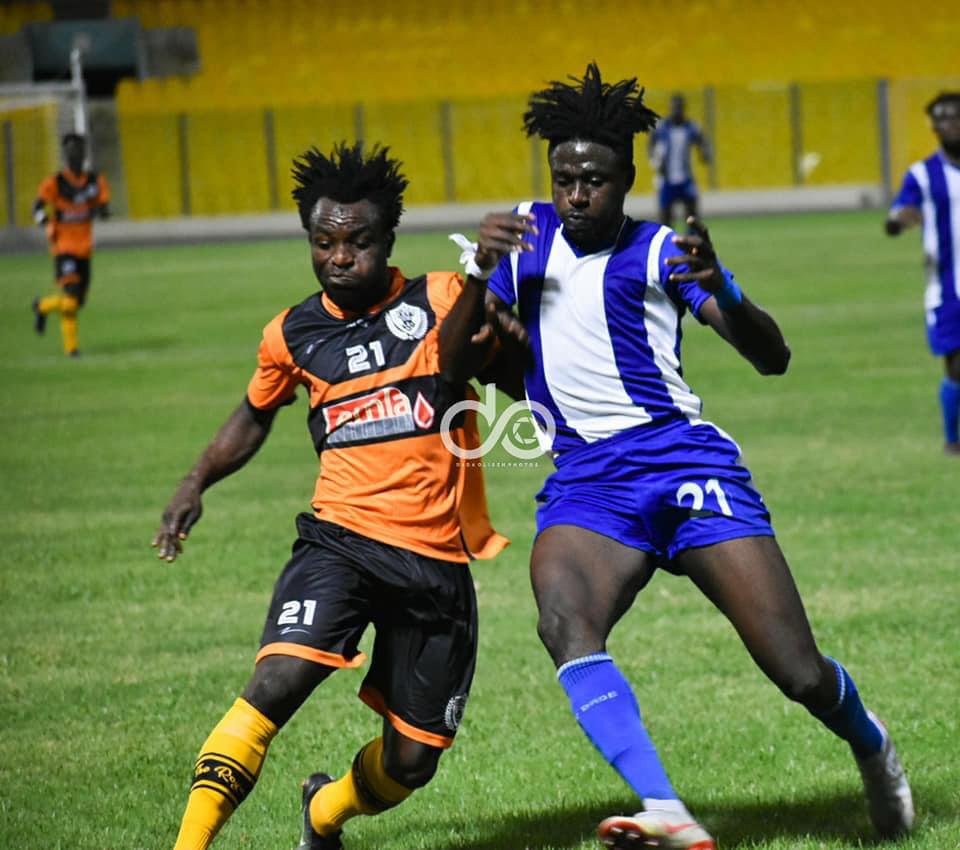