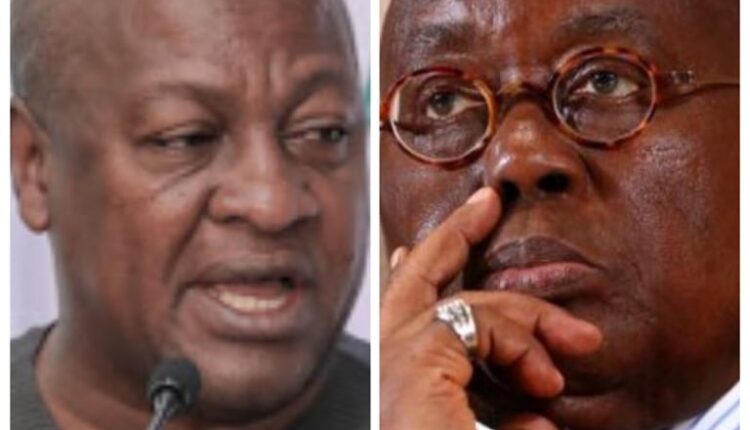 Nana Addo Dankwa Akufo-Addo slipped 13 points to garner 20% in the third wave of the Ghana Election Poll which run from August 1 to September 31, 2020. In the second wave, he dropped 2 points and his opponent John Dramani Mahama gained 14 points.

Mahama, on the other hand, garnered 76% in the third wave of the poll on the question: If the elections were held today, who would you be voting for? Apart from the two major political parties, the interest in other candidates in the minority parties still remains very low.

Based on Party Affiliation, Ghanaians would vote across party lines. However, a lot more Ghanaians who consider themselves not affiliated to any political party or floating voters, would vote for John Dramani Mahama. Again, John Mahama enjoys massive support across the 5 top regions in the poll if elections were held today.

Based on respondent gender, John Mahama would gain the vote of males and females by 74% and 78% respectively if elections were held today. As compared to Nana Akufo-Addo, John Mahama has a broad appeal amongst all age groups.

The scientific poll which was conducted online via the renowned market research firm MSI-ACI had 2,246 responses from Ghanaians, a little more than the 2,055 responses recorded in the Second Wave.

Results for the full sample have a margin of sampling error (with finite population correction) of plus or minus 2.068%. A representative sample of the Ghanaian population of 28,956,587 – population projection as stated on page 6 of the Ghana Living Standards Survey (GLSS 7) – was achieved by weighting (matching) the data according to age and gender demographics of the 2010 population and housing census and the GLSS 7.

The Ghana Election Poll is powered by GhanaWeb and the Africa Consumer Panel which is a cooperation between the digital publisher Africa Business Communities and renowned market research firm MSI-ACI.

The online poll is conducted every month and the results are published at the beginning of every other month on GhanaWeb.com. It is devoid of spam as the respondents can take the survey only once. The MSI-ACI platform that hosts the survey records the device on which the respondent takes the poll and does not allow for a second attempt from the same device.

The Ghana Election Poll is different from the open-access poll which is running on GhanaWeb. The latter allows participants to self-select into participation and its results cannot be generalized because it is a representative of only the participants of the poll.