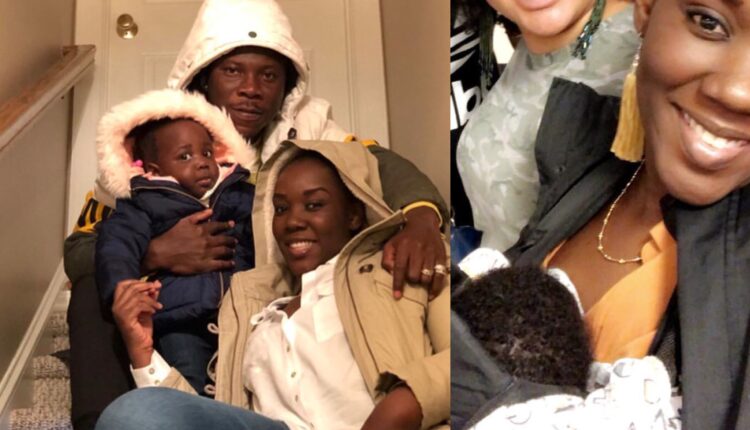 Dancehall stalwart, Stonebwoy’s son, Janam, has made a rare appearance on social media in a new video.

In his latest video, Janam was spotted with a new look.The little boy is now sporting cornrow braids.

The video shows Janam, who is also known as Jaja or JJ sitting in a car with his mother, Dr Mrs Louisa Ansong Satekla.

Janam sat on his mother’s lap while they sat in a car with one of Stonebwoy’s songs, ‘Nkomo’, playing in the background.

The little boy is later seen turning his head around as if to show off his new look to the camera.

Not long after, Stonebwoy appeared in the window of the car and he got Janam staring in his direction.

The video, which was first shared on social media by Janam’s Instagram account, has been reposted on many other blogs on the social media network.