Check out how much govt has invested in COVID-19 testing 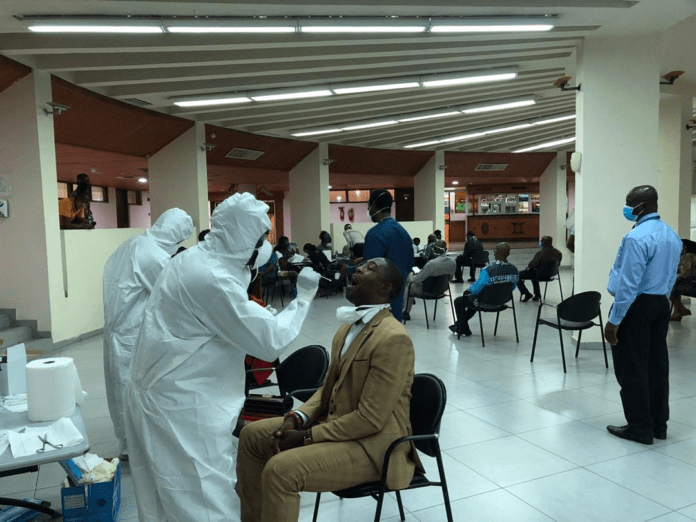 Government has spent over 35 million dollars on COVID-19 testing since the pandemic broke, Deputy Minister of Health, Bernard Okoe-Boye has revealed.

He indicated that the focus on testing is part of the government’s priority to limit the spread of the novel virus.

Dr Okoe-Boye revealed this in an interview on Asempa FM’s Ekosii Sen program, Tuesday while reacting to claims that the government was not doing enough to fight the pandemic.

Following the outbreak of the virus in Senior High Schools, the government is under pressure to close down schools to avert further spread.

The opposition National Democratic Congress has accused the government of playing politics with the lives of the students.

Reacting to these concerns, the Deputy Health Minister said such issues being raised are not backed by science.

He said the government has not shown commitment to the virus through words: “we have invested physical resources against this COVID-19.”

Dr Okoe-Boy said all the 16 regions in the country had been provided with treatment centres, complete with equipment and logistics to assist with work.

The Deputy Health Minister noted that the strides being made in Ghana’s testing capacity for the pandemic should be the primary focus.

He bemoaned how some people only focus on the negatives and ignore the massive recovery rates since Ghana recorded first case.

Dr Okoe-Boye said the focus should rather be placed on the fact that out of “54 African countries, we are part of those showing the way. This should make us proud as Ghanaians.”

“Our recovery cases are our strongest sign of hope that the virus can be defeated.”

He urged the people to refrain from stigmatisation.

Court Throws Out Appeal Against Odartey Lamptey By Ex-wife