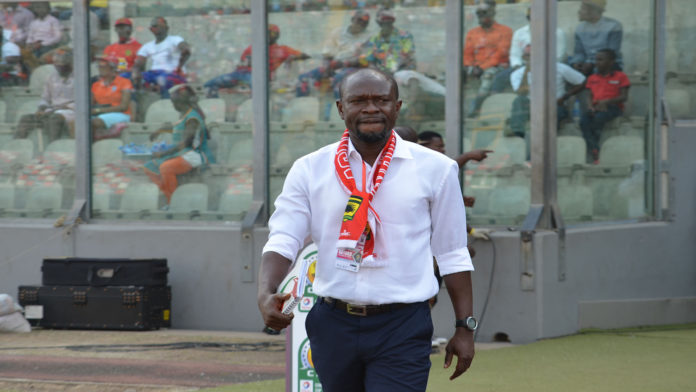 Asante Kotoko have paid a compensation fee of GH¢ 200,000.00 to former coach, C.K. Akonnor for breach of his employment contract in 2019.

The Ghana Premier League side was bound to pay the said amount after the Status Committee of the Ghana Football Association (GFA) ruled a contract dispute case in his favour.

The Porcupine Warriors had been found guilty of a breach of contract as a result of a decision to relieve him of his post as head coach in July 2019, just nine months after signing a three-year deal.

Coach Akonnor, now the head coach of the Black Stars, had been chasing the compensation sum for almost 12 months now but the Porcupines struggled to pay. Not even a compromise payment less than the compensation award ever materialised under the recently dissolved Kotoko management.

The 46-year-old reported Kotoko to the GFA over their failure to pay him but the wrangle has now been cleared following the intervention of the club’s new Board of Directors.

Coach Akonnor earlier agreed to allow Kotoko to pay him off with GH¢180,000.00. After receiving the update at their last meeting, another Board member (name withheld) elected to settle the issue with the former Dreams FC trainer by signing a cheque of GH¢ 200,000.

Coach Akonnor, during his nine-month spell in charge of Asante Kotoko, guided the side to a group stage finish in the 2018/19 Caf Confederation Cup, a feat they had struggled to achieve in a decade.

also led the side to win the Normalisation Special Tier One competition upon which Kotoko are now riding on to represent Ghana in back-to-back Caf Champions League competitions.