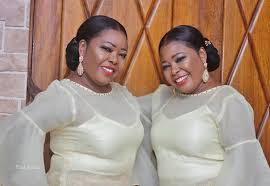 Speaking in interview with Fiifi Pratt on Kingdom plus 101.9 Fm, They stated clearly that this generation are good though but lacks rich content in music and also do a lot of noisy songs which is diminishing the agenda of promoting the word of Christ Jesus to have impact on the music lovers.

According to them, they themselves after doing a song those days will send it to some presenters and production team to listen and tell them what to change and add but today the artist enter the booth and as soon as he or she comes out then they release it which has brought out a lot of noisy songs to the system.

They advice that at least they should contact people to be writing for them rather than trying to do it themselves and yet come out with rush.

The sisters who are celebrating three decades of spreading the gospel through music also expressed satisfaction with the impact their songs have had on Ghanaians and people outside.