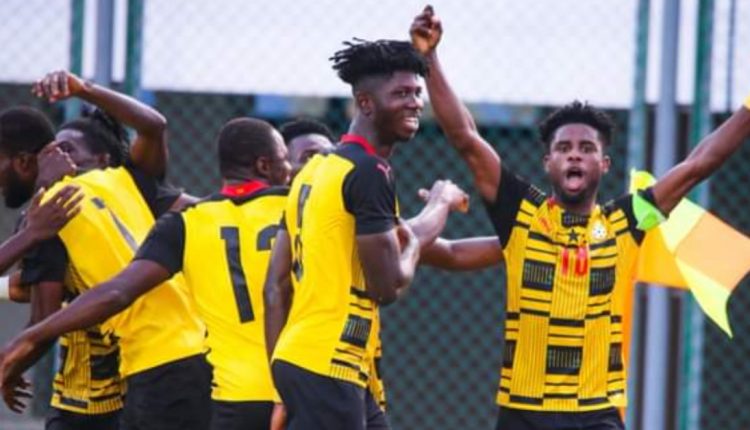 The Black Galaxies of Ghana will face Nigeria in the final round of 2023 CHAN qualifiers between August 26-28, 2022.

The home-based national team eliminated Benin in the preliminary round to progress to the next round.

Ghana defeated Benin 3-0 in the first leg at the Cape Coast Sports Stadium before sealing a 1-0 win at Port Novo in the second leg on Saturday.

Hearts of Oak forward Daniel Afriyie Barnie was the star man in both legs as he scored two goals to help the Black Galaxies inch closer to securing qualification to the CHAN tournament.

Ghana has missed out on the CHAN tournament in the last three editions and are keen on bouncing back to the competition which they finished second in the maiden edition.

The game against Nigeria will be a test for Coach Annor Walker and his players who have been impressive in the last two games in the qualifiers.

Nigeria were given a pass in the preliminary round of the qualifiers and will face Ghana in the last round.

Meanwhile, The Black Galaxies of Ghana will be participating in a Four Nations Tournament in Austria this month.

The Ghana Football Association has assented to the local based team representing the country in the said Tournament which early on was supposed to be for the Black Stars.

The tournament will also serve as preparations ahead of the Nigeria game.

2024 Elections Will Be Bloody, Jubilee House May Be Attacked – Owusu-Bempah