Ajax Coach On Why He Doesn’t Start Kudos Mohammed 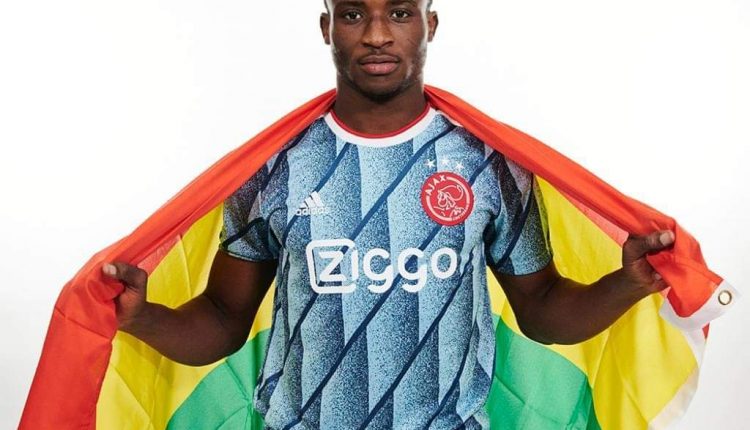 Ajax manager Alfred Schreuder has defended his decision to leave forward Mohammed Kudus on the bench after he came on to score in a 4-0 Eredivisie win against SC Cambuur on Saturday.

The 22-year-old Ghana international has struggled to nail down a starting role for the champions in this campaign. Though he has featured in the five Eredivisie matches and accumulated 72 minutes of playing time, each of these appearances has been as a substitute.

Against Cambuur, the Black Star was introduced in the 46th minute for Ghana prospect Brian Brobbey and he did not disappoint as he scored the fourth goal after finishing off a cross from Nigeria international Calvin Bassey.

“Mo is a solid and reliable player for Ajax, despite not always being on the pitch. He is a great player and creates a high tempo and good dynamics in the team,” the 49-year-old Dutch coach told the club’s official website after the game.

“But Ajax has many good players. I think everyone should accept their role. At the end of the season, the prizes will be distributed, and we have to do it together.

“He should just keep going. But what is a starting player? That’s not my reasoning. I understand because any player with those qualities will be disappointed if he don’t play.

“We talk about that too. Of course, Kudus doesn’t agree with me. crazy if he is.”

On why he withdrew Brobbey, who has so far scored two top-flight goals, Schreuder explained: “We know that Brian came off the pitch pretty quickly. He has already played a lot and Kudus can also play in the forward position.

“I think it’s important that he also clocks up minutes. Brobbey didn’t play much last season. He is a real ‘nine’ for us and very important, so we take that into account.”

Ajax, who are top of the 18-team table with 15 points from five matches, will shift their focus to the Champions League Group A fixture against Rangers at Amsterdam Arena on Wednesday.