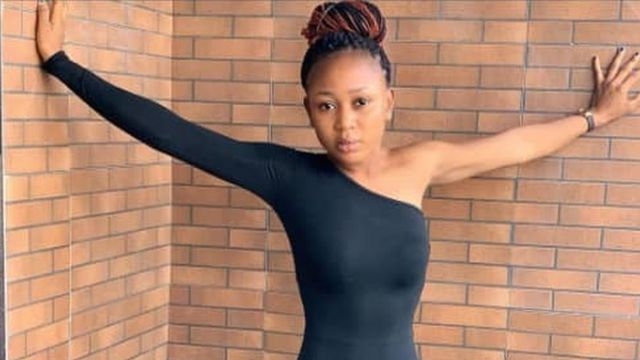 Popular actress and social media freak Akuapem Poloo is out of the Nsawam Prison, where she was taken to after being convicted on Friday, April 16 by a Circuit Court.

Her lawyer, Andrew Vortia, filed an appeal against her 90-day jail sentencing on Monday, April 19 and she was granted bail on Wednesday, April 21.

But Akuapem Poloo, born Rosemond Alade Brown, could not meet the bail conditions set out by the Accra High Court.

She was granted bail at GH¢80,000 with two sureties, both to be justified.

She was to deposit her travelling passport with the registrar of the court and report to the police every two weeks.

But on Thursday, April 22, Deputy Public Relations Officer of the Ghana Prisons Service ASP Samuel Kofi Opoku confirmed that Akuapem Poloo was in their custody at the Nsawam Female Prisons.

ASP Kofi Opoku said she was brought there on Thursday. But she is reported to have met the bail conditions on Friday and signed a bond for her release.

Akuapem Poloo was convicted by the circuit court presided over by Mrs Christiana Cann after publishing obscene materials, among two other charges.

The complaint filed against her was at the instance of the Executive Director of Child Rights International Bright Appiah after she celebrated her son’s seventh birthday in a naked photoshoot.

Houseboy Murders His Madam While Asleep;Steals Her ₵53.00