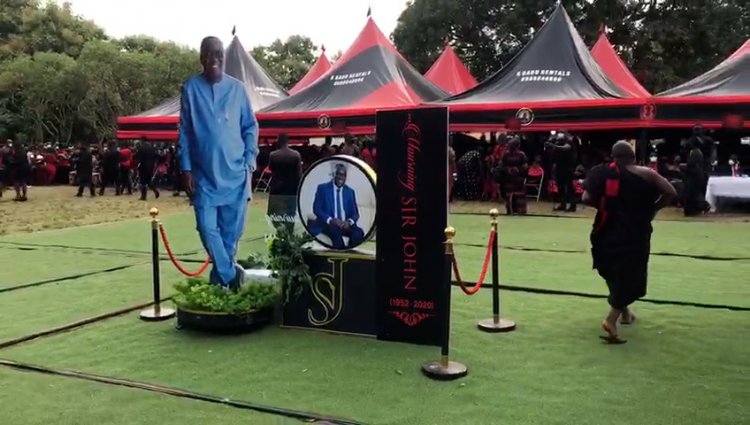 The Ghana Medical Association has called on the law enforcement agencies to investigates and deal with the organizers of the funeral of former NPP General Secretary Kwadwo Owusu Afriyie popularly known as Sir John.

According to GMA, the IGP must act without fear of favor in this regard.

Sir John who was also the CEO of the Forestry Commission was buried over the weekend after he was reported to have died from Covid-19 in June last year.

Several pictures and videos from the event that have gone viral on social media showed mourners including prominent government officials neither wearing nose masks nor observing social distancing.

In several videos, scores of maskless NPP supporters clad in funeral attire and t-shirts of the late Sir John, huddled around the Vice President, Dr. Mahamudu Bawumia when his delegation arrived at the funeral grounds.

In a statement, GMA described the disregard for protocols as disappointing and worrying.

“TheGhana Medical Association has noted with disappointment the total disregard for COVID-19 protocol during the final funeral rites of the former CEO of the Forestry Commission.”

Below is the full release.

Properties, Net Worth And Assets Of TB Joshua Before His Demise