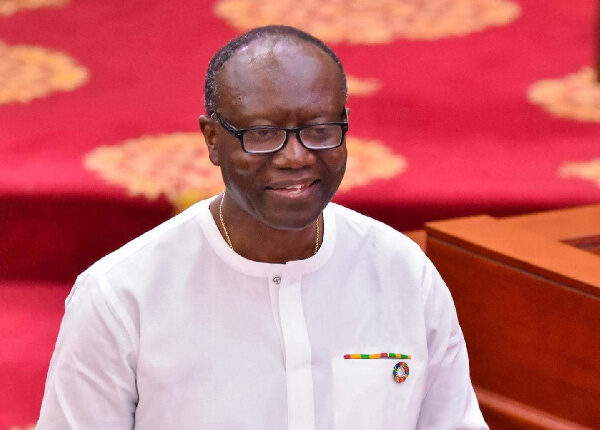 Finance Minister, Ken Ofori-Atta, has advised fresh graduates of the University of Professional Studies-Accra (UPSA) to start their own business. According to him, the government’s payroll is full and it will make it unsustainable to keep adding to the employment figures in the public sector.

He added that the government is spending about 60 per cent of its revenue on remunerating 650,000 people.In a report filed by Ghanaweb.com, Ofori Atta said it is government’s role to create the needed enabling environment, establish micro-stability and ensure that citizens have the right skillset.

“… most people look for a job from government or state institutions, but that payroll is full. I can tell you that because we are spending about 60 percent of our revenue on remunerating some 650,000 people, and that is not sustainable,” he said.

Ofori Atta further indicated that entrepreneurship, skillset and credit are the important things needed in the mix to ensure sustainability for the youth and offer them an opportunity to create their own path to wealth. He added that education is a ladder to social mobility as well as economic and social prosperity, offering beneficiaries the opportunity to help society.

He added that it is important for the graduates to acknowledge the privilege of accessing four years of tertiary education and do their best to impact society through the transformation and renewal of their minds.

former president Mahama said people are really suffering in the country as a result of the difficult times under the Akufo-Addo administration.

According to Mahama, the prices of food and other important commodities keep shooting up on a daily basis. He added that the cost of fuel at the pumps keep going up thus, affecting the price of goods on the market. “Fuel costs are rising, every day the pump prices go up,” he said.

Mahama said this year, many unions were unhappy when an insignificant 4% increment was given to them while Article 71 officeholders were given bigger increments.