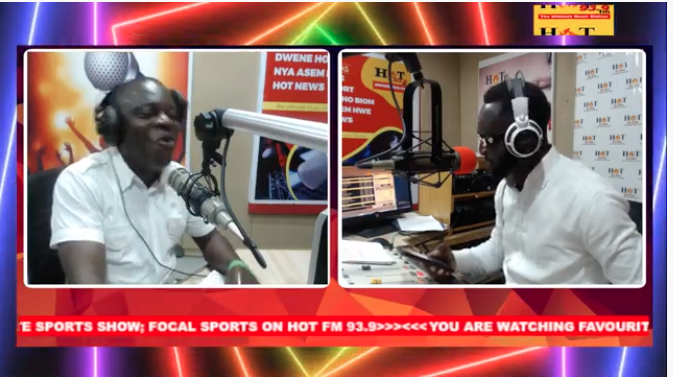 Former management member of Asante Kotoko Football Club, Nana Kwame Dankwah has labelled the two goals Hearts of Oak scored during their Champions league match against CI Kamsar of Guinea as ‘Mallam’ goals, typically referring to goals whose sources are believed to be in the supernatural realm.

Substitutes Kofi Kordzi and Salim Adams scored the goals that gave Hearts the 2-0 victory in the last 10 minutes with the Guinean side desperate for a shootout in the one-off decider at the Accra Sports Stadium.

The dependable striker, Kofi Kordzi who rejoined the club a month ago after playing in Qatar scored the opener with a world-class free-kick which beat the Kamsar goalkeeper.

Another new signing, Salim Adams cemented the win with a rapacious strike from outside the box that went straight into the net.

The win means Hearts of Oak will meet Morocco’s Wydad Casablanca FC in the first round and this time it will be a two-legged tie unlike the preliminary round tie with Kamsar.

The Phobians will host the first leg at the Accra Sports Stadium before going to Casablanca for the second leg in October. The winner of the tie will qualify to the group stages of the Champions League while the loser drops the CAF Confederation Cup

Reacting to Hearts of Oak’s win as a panelist on Focal Sports Show hosted by Stonchist D’Blakk Soulja on Accra-based Hot 93.9FM, Nana Kwame Dankwah stated that in his view all the two goals Hearts scored are Mallam goals.

According to Nana Kwame,” I watched the game myself…i am much enthused with what Hearts did yesterday; scoring two goals in Africa is not easy and all the goals were beautiful …there were 3 disallowed goals .Kamsar scored but was ruled offside.. Hearts also scored two goals but the linesman’s flag was up ..they were all ruled offside

“So the two proper goals that Hearts scored are Mallam goals….It’s spiritual…In my view they are all Mallam goals”.

Nana Kwame Dankwah who is also the head of sports at Hot 93.9FM added that if the  Kamsar goalkeeper had saved those two goals his footballing career would have been deprecated.

Watch the video of Nana Kwame’s submission below