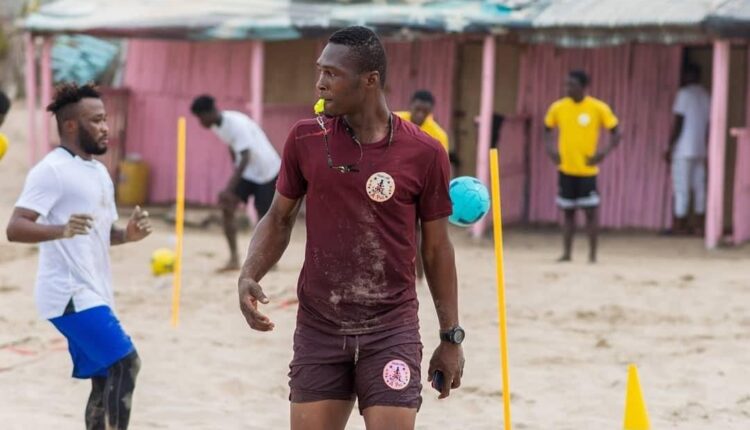 The quest to employ a new coach to succeed former coach of the Black Stars CK Akonnor is currently ongoing. CK, was sacked by the Ghana football association a week after Ghana’s 1-0 defeat away to South Africa in their second Group G game of World Cup qualifying.

Expressing his view in an interview with hotfmghana.com in line with the coach he believes will be favourable for the Black Stars if employed , Totti Laryea stated that the current Black stars team doesn’t only need a good coach but also needs a good physical trainer:

” To me I can’t tell whether CK’s sack was good or not.. What I can only say is, football is not just about using the brain…physical presence is very important…Stamina ,endurance etc.

“Now that the GFA is looking for a new coach, what i will say is, i am ready to accept the role as the physical trainer…seriously, i am ready for that role.I was once a footballer..i know much about football too.”Totti Laryea stated

Citing an example, the 26-Year-Old physical trainer stated strenuously that,”Look at Coach Harve’ Renard , he is a physical trainer…look at the way he was able to win the African Cup with Zambia and Ivory Coast…so physical presence of the players is extremely important”.