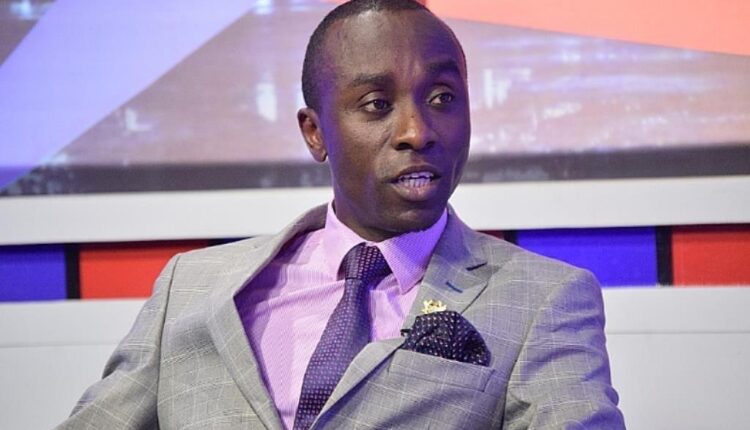 The Communications Director of Ghana Gas, Ernest Owusu Bempah has finally swallowed his pride as he has rendered an unqualified apology to Ghanaian celebrities for taggging those involved in the #FixTheCountry campaign as social misfits whose behaviour can be ‘akin to drunken behaviour’ and thereby unfit to teach President Akufo-Addo how to govern the country.

Ernest Owusu Bempah took to his Facebook Handle to write a lengthy post where he some part of the post tried to justify his earlier statements made and blamed ‘faceless politicians’ for instigating the youth to embark on the #FixTheCountry protests.

He also apologized to Ghanaians particularly celebrities he berated for their involvement in the #FixTheCountry campaign.

Last week I took the huge risk of presenting another side of the story as it is against the Ghanaian situation being pushed by the #FixTheCountry campaigners.

While some agreed with the piece, it wasn’t all hearts and flowers.
Let me state that my motivation to write that piece was not to slander all celebrities in general nor persons involved in the campaign but to bring to the fore some salient indicators with regards to where we are as a country, and to correct some serious negative phenomenon within the Ghanaian celebrity front.

I have taken a second look at the write up and although nothing that I wrote is an untruth, I admit that perhaps I was too harsh in some of my conclusions and choice of words. This shouldn’t have been the case and I apologise to all those who may have been hurt by the piece. I’m sorry. I therefore retract the strong and uncomplimentary language used in the write up.

in the write up. Maybe the issues that I was so much concerned about will not have been glossed over had I not engaged in some early conclusions.

But let’s accept the fact that this whole fix the country protest is a well orchestrated agenda by some faceless politicians who are more interested in a vile propaganda to suit their political whimps and caprices. Their action plan is to attack certain frontline government officials and denigrate them for their own hiding agenda.

President Akufo-Addo is doing exactly what the people elected him to do. He was sworn into office a few months ago to begin his second term and every right thinking Ghanaian can attest to the fact that leadership approach to issues has been phenomenal with his Presidency.

The president promised to run a transparent and accountable government. Many challenges still confront us as people but he is definitely fixing a lot of broken stuff necessary to attain the objective of a transformed industrialized nation. He appreciate the fact that for any country to develop it must begin with brains of the citizenry, hence the introduction of free secondary education to get as many people as possible educated.

This is the man who stood on the international arena and declared a year of return for all the African Americans to return to their roots to contribute their quota. And this exercise single-handedly resulted in a massive $2billion revenue into the Ghanaian economy.

In any case, this agitation is a positive signal that Ghanaians believes in the leadership of President Akufo-Addo and that he’s the only leader capable of redeeming Ghana and fixing our situation.

It is all about fixing the economy, our health care, road network, railway system, education, and general living condition. And Akufo-Addo is delivering and will deliver on his mandate.

The celebrities too must play their role. They must resist the urge to place themselves in the hands of faceless politicians to be used as pawns.

There’s more to being a celebrity than getting involved in twerking or publishing profanity. No one is interested in glorifying half baked entertainers who want to dictate the pace of our development agenda and yet can’t even fix their own lives.

Elsewhere in Developed countries, celebrities are using the power of social media for the good of their societies and helping fix the underprivileged.

Kylie Cosmetics, which had 2019 revenue of $200 million, was built on the back of a social media following that reaches more than 175 million people.

This is what real celebrities are doing- using social media to impact their lives and the lives of others.

If the ones here in Ghana want the likes of us to appreciate their worth, let them put their social media following to a good cause and we shall certainly support them.

Don’t get me wrong, there is quite a chunk of well-intentioned celebrities here in Ghana and their impact in real life and even on social media is worth commending. There are others too that simply don’t get it and they are the ones I described as so-called celebrities.

If the media personalities and other commentators who have taken it upon themselves to take me to the cleaners should look into their microscopic lenses and analyse the issues I raised, they will get the right perspective.

I, Ernest Kofi Owusu Bempah is not against any free thinking Ghanaian involved in any legitimate exercise to get government accountable to the people but I will be the first to call out the deception of the nucleus of the current social media politicking by this so-called celebrities and their media collaborators.