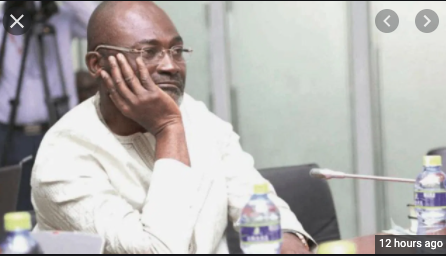 Prophet Kofi Osei Isaac, Founder and General Overseer of the Power Embassy International, has asked Member of Parliament for Assin Central Kennedy Agyapong to rescind his decision to contest the presidential primaries of the governing New Patriotic Party (NPP).

According to Prophet Osei Isaac, in the spiritual realm,even though Kennedy Agyapong is the only person who can defeat former President John Dramani Mahama because of his star , he [Agyapong] will not survive as president if elected.

“Kennedy is too truthful for the presidential seat. He is too gentle for the seat. The NPP will not even vote for him because of his truthfulness. He is generous and truthful. I am afraid if he is elected, he will be assassinated.”

The man of God advised the MP for Assin Central  to continue with his philanthropic works rather than to think of becoming President.

He emphasized that,” His name will never be forgotten in the annals of our country, but for the presidency, he should rescind the decision. We want him alive”,