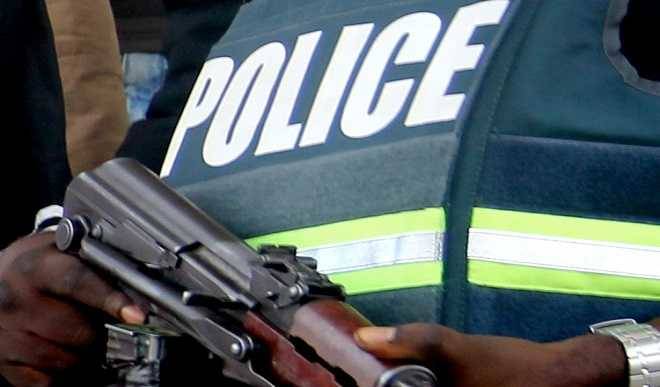 The police in the Ashanti region have gunned down a suspected robber after an alleged exchange of gun shots along the Anwiankwanta-Obuasi Highway.

According to the Police, the incident occurred at a robbery prone area between Heman and Akokoaso communities.

“Four unmasked men, wielding a shot gun and machetes emerged from the nearby bush flashing their torchlights signalling oncoming vehicles to stop,” said a statement from the Police. “The one wielding the pump action gun on seeing the Police vehicle immediately fired at the Police; they also returned fire leading to his death.”

The other three suspects, however, managed to escape through the bush.

Body of the deceased has been deposited at the St. Peter’s Catholic hospital morgue awaiting identification and autopsy.

The Patrol team later arrested three suspects along the roadside.