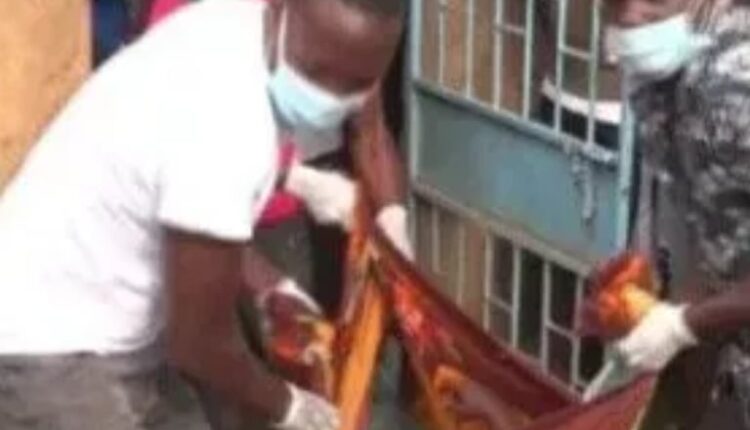 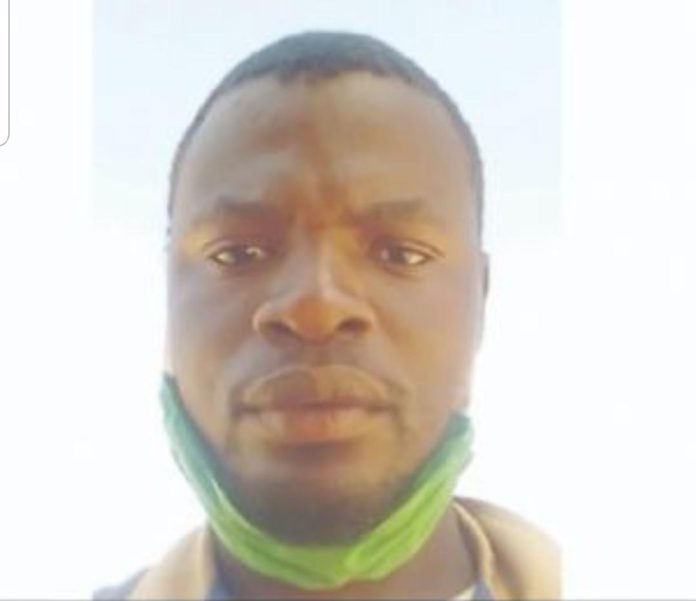 A 38-year old-Gweru man, who grabbed headlines on Tuesday after he brutally murdered his wife and their two minor children, collapsed and died at court as he awaited hearing on Thursday.

A police officer, who escorted Kanyimo from Nehanda police station, however told NewZimbabwe.com that he may have succumbed to multiple injuries he sustained from members of the community when they were trying to restrain him.

“When we arrived at court he appeared very unwell,” a police officer who attended to the scene said.

“Besides stitched deep cuts on his head he also had bruises on his body and when we arrived just outside court cells he collapsed and passed on.”

The police officers were fighting to contain a vast crowd that had gathered to catch a glimpse of at Kanyimo’s body which had been covered with a blanket.

The body was later taken to Gweru Provincial Hospital mortuary.

Kanyemba was with his family when he fell into some kind of trance. He is alleged to have grabbed an axe and gone into a murderous rampage in which he axed his wife and two children.

Kanyimo, who was a member of the Apostolic Faith Mission (AFM) in Zimbabwe, has been described as prayerful and devout by his community.

It was the State’s case that in the afternoon of November 2, a neighbour, Naison Matavire heard cries of people asking for help.

Matavire together with one Muzuva Madzivanyika went on to investigate. They found Kanyimo outside the house grabbing his 11 months old baby, Tadisa by the mouth.

After dragging her for about 200 metres he then smashed her head with a wooden hoe handle.

According to some eye witnesses, inside his house, Kanyimo had fatally assaulted his wife, Chipo Shava (30) with the hoe handle.

It is alleged that he had also killed his six year old son, Innocent with a knife.

Kanyimo’s other son, aged about five survived the attack after he was rescued by alert neighbours.