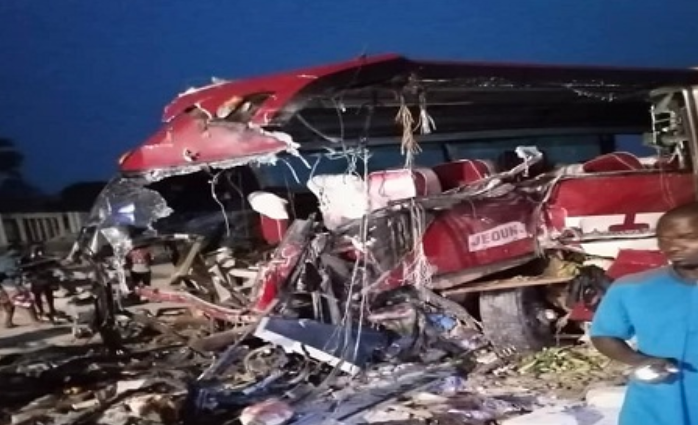 Sixteen(16) persons are feared dead after two Grindbird Kia buses collided head-on at about 1am on Friday February 26, 2021.

Officials of the Ghana National Fire Service and personnel from the Police Service are at the scene rescuing injured persons said to have been trapped in the two accident vehicles.

Former Goalkeeper Reveals How His Grey Hair Affected His Career