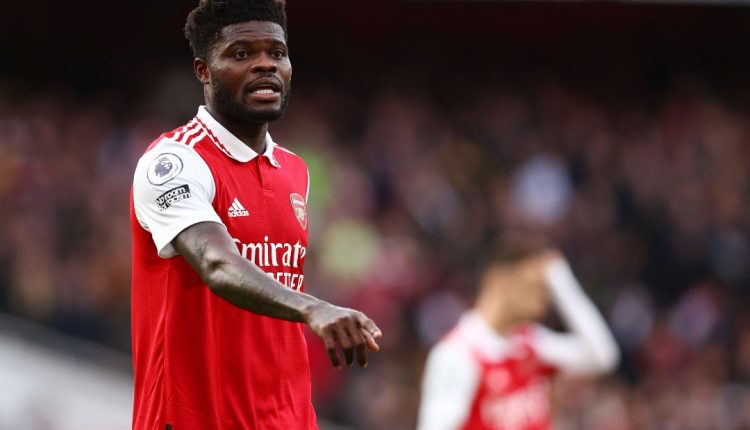 WHAT HAPPENED? Partey started alongside Granit Xhaka but, the Switzerland international went off just minutes after kick-off to be replaced by Fabio Vieira. However, the Ghana international did not seem to miss his midfielder partner and stayed resolute against the Wolves who failed to threaten.

THE BIGGER PICTURE: Partey was restricted to a deeper midfield role with Vieira and captain Martin Odegaard roaming forward and it was from their forays that the Norwegian international scored his two goals.

The 28-year-old managed three tackles while making one clearance although he lost possession 13 times, only to be left off the hook by the toothless Wolves.

Partey is enjoying great form with Arsenal, and this was his seventh straight Premier League game, having shaken off the injuries that have hampered his career since moving to North London in 2020.

ALL EYES ON: Eddie Nketiah was handed a rare start and scored as Arsenal lost 3-1 to Brighton & Hove Albion in midweek but the Ghana prospect was back on the bench again and his wait for a first Premier League start will go on into 2023.

THE VERDICT: Partey will be central to Arsenal in their quest to win their first Premier League title since 2004 and Mikel Arteta will be hoping that he returns from the World Cup in good shape.

WHAT’S NEXT? The former Atletico Madrid midfielder will now link up with the Black Stars squad ahead of the global tournament in Qatar where the Black Stars will face Portugal, South Korea and Uruguay in their group.