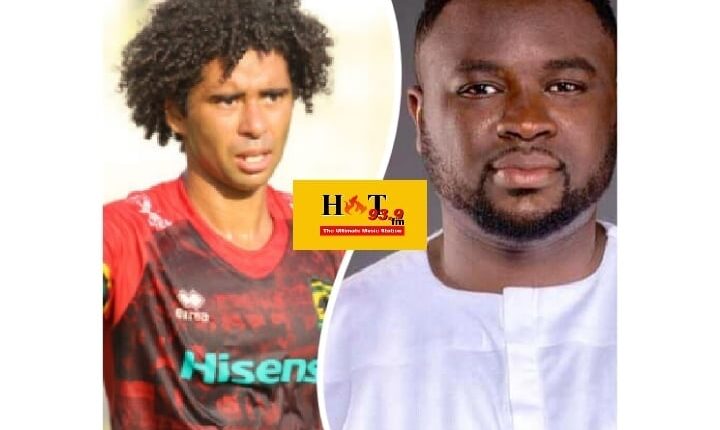 Fabio Gama who was signed by Kotoko in 2020, joins the list of Brazilian players to have signed for Kotoko in recent times, following the likes of Gleisson de Souza Ferreira in 2005 and Hermes da Silva in 2013.

His move to Kotoko was heftily criticised by a section of fans and some Sports Journalists who focused on his spells with lower division clubs, tagging him as below the standard of Kotoko who are two-time African champions and the most successful club in the history of the Ghana Premier League (GPL).

His career was largely based in his home country, and Gama’s last two clubs before joining Kotoko were Varnomo and Jonkoping, who were based in the Swedish second division.

But the 28-year-old has dazzled in the Ghana Premier League since joining the Porcupine Warriors in October last year and his recent performances have prompted discussions on the part of some fans about his possibility of lining up for the Black Stars.

” People never believed in Fabio Gama when we brought him but he has now shamed his critics…He is doing so so well and I tell you any center we go to Gama is being hailed by the fans …in fact Fabio Gama is currently the most popular player in the premier league.”

According to the acting Communications Director of Kotoko,”All the negative publications against him rather made him popular… Kotoko have made a lot of profit from him”.