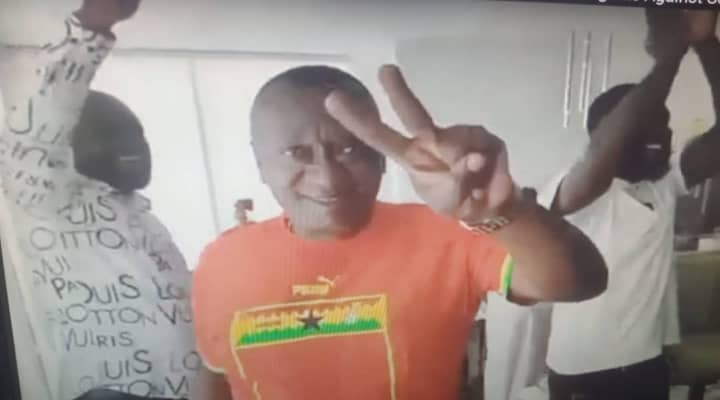 Members of the East Legon Executive Fitness Club made up of the likes of Osei Kwame Despite, the owner of the Despite Group of Companies; Ofori-Atta Sarpong, brother of Kwame Despite; George Afriyie, a former vice president of the Ghana Football Association; former Black Stars captain, Stephen Appiah; among other went on a jubilant mood after Black Stars 3-2 win over South Korea in the World Cup.

The members of the club were confident that the black stars would come out with flying colors in the ongoing FIFA World Cup.

The Black Stars recovered from the opening-day defeat to Portugal to pip South Korea this time around.

Ghana defeated South Korea 3-2 in their second game of Group H at the 2022 FIFA World Cup ongoing in Qatar on Monday.

The Black Stars would face a decider game in a fierce tie with Uruguay, which will be like an act of revenge for a previous world cup against the same teams in a qualifier.

Watch the video below: