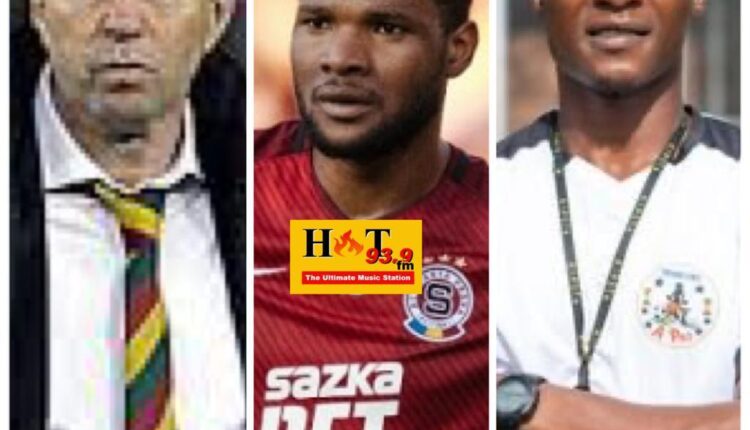 He was a second half substitute as he replaced struggling Jordan Ayew in the Black Stars’ 3-1 win against the Warriors at the Cape Coast Stadium on Saturday October 9,2021.

The Stars won the game with goals from Kudus Mohammed in the 5th minute, Thomas Partey in the 66th and Andre Ayew in the 87th. Zimbabwe scored a consolation goal through Knowledge Musona in the 49th minute.

The Yeni Malatyaspor striker was handed his second match for the Stars when the Black Stars completed the double over Zimbabwe with a 1-0 win at the Harare Stadium on Tuesday, October 12, 2021.

Reacting to Black Stars’ performance in both legs while speaking as a special guest in an interview on Ashaiman TV, Totti Laryea advised Coach Milo to give Benjamin Tetteh more playing time because he is a good player and very fit.

According to the train Like a Pro Gh CEO, “Daniel Amartey played solid, he was very fit, was able to marshal the defence very well…Benjamin Tetteh played very very well…he is a good player…He is very strong..As a striker he was able to handle the Zimbabwean players excellently. Benjamin Tetteh must be given more playing time …he can really help the team”.

Ghana plays as guests to Ethiopia and then hosts South Africa in their last game of the qualifiers. Only the group winners will qualify to the third and final round of qualifiers