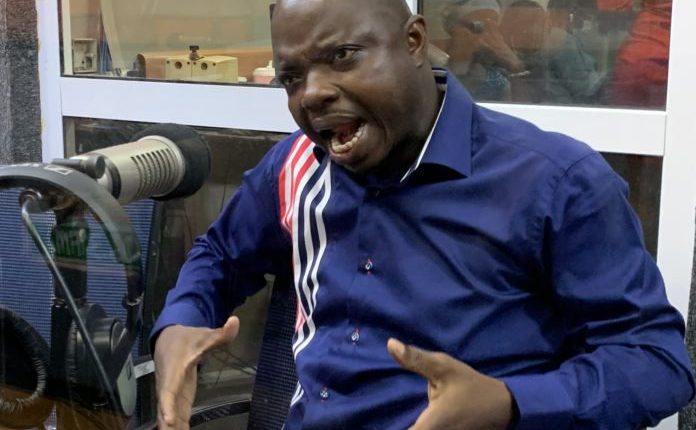 The re-elected Chairman of the New Patriotic Party (NPP) in the Bono Region, Kwame Baffoe, popularly known as Abronye DC has vowed to ensure that the party win the 2024 elections.

He said he will do that by campaigning vigorously for the NPP in the region.

Speaking in an interview after he was re-elected over the weekend, Abronye said his goal is to ensure that the candidate that will lead the NPP in the 2024 elections will get 55% of the total votes cast.

“I will do my best to get about 53 to 55 percent for the presidential. I intend to get majority in the parliamentary elections too.”

He also asked defeated aspirants to remain resolute in ensuring the fulfilment of the NPP’s “Break the Eight agenda”.

“They are still party members, and the fact that someone has lost does not mean he is not part of the organisation. All of them should contribute their part to make sure we break the eight.”

In a related development, the Vice President Dr. Mahamudu Bawumia has called on all NPP members to unite for the 2024 elections.

He said the party should focus on unifying ahead of the 2024 elections because that is the only way to win.

In a message on social media after the successful completion of the elections across 15 regions in Ghana over the weekend, the Vice President said the NPP has shown impressive intra-party democracy.

“Impressive show of intra-party democracy so far exhibited by the New Patriotic Party in the conduct of elections from the polling stations to the regional level,” the vice-president posted on Facebook on Monday (30 May).

“Congratulations to all competing parties,” Bawumia said. “We should be more poised, now than ever, to forge unity for a stronger party. Even though the contestants may have been on opposing sides, let us all remember that we are one family, the Kukrudu family. Once again, ayekoo to all party faithful for this success.”

Married Man Stabs Friend For Having An Affair with His Girlfriend