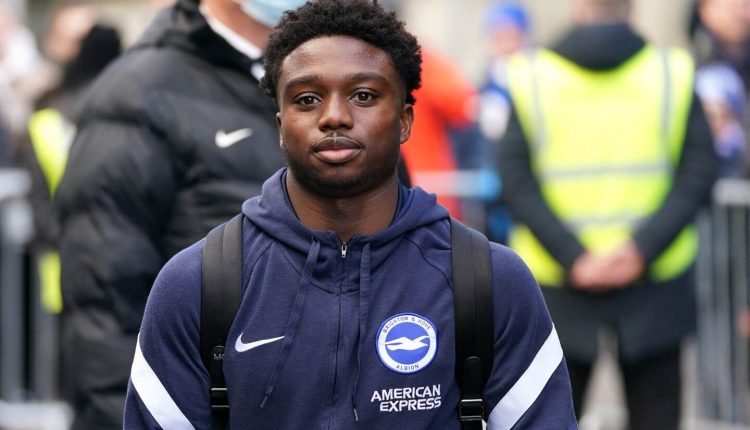 Brighton and Hove Albion defender Tariq Lamptey has refused to deny or confirm whether he is in Ghana to complete his nationality switch.

Lamptey arrived in Accra on Monday after starring for his club in the Premier League in the 2021/2022 campaign.

The right-back’s return to the land of his father has sparked rumours that he has finally accepted to ditch England and play for the Black Stars.However, speaking to Joy Sports’ Gary Al-Smith, Lamptey said he is in Ghana to see his family and do some charity works.

“It feels good to be back, it’s nice and hot. There is some good food and I am enjoying that,” he is quoted as saying.

“To be honest, I just came back for holiday. Obviously, it’s been a good but long season so I just came to get some rest, some sun – I’ve come to see some family and friends that I have not seen for a while. I’m taking this opportunity just to relax and whine down after a long season.”

Lamptey is one of the foreign-born players on the radar of the Ghana Football Association (GFA), with the FA aiming to beef up the Black Stars squad for the Qatar 2022 World Cup.

He was handed a call-up to England’s U21 side ahead of their Euro qualifiers against the Czech Republic, Albania, Kosovo and Slovenia in June.

However, Young Lions coach Lee Carsley confirmed during a press conference that the right-back has asked to be left out of the squad after being approached by Ghana.

Asked if he has already made a decision on his international future, Lamptey remained coy, insisting he may watch Ghana’s 2023 AFCON qualifier against Madagascar in Cape Coast.

The season is finished now. It’s been a long, good season. I just came just to relax, just to try and do some charity work and see how the foundation is doing, see some family and friends, and not think about football too much.

“Maybe, I know the game is on so if I have the chance to go and watch that will be good but not too much football other than that, just try and relax and do one or two things that I came here to do,” he added.

Lamptey was born in London but has Ghanaian roots and is eligible to play for Ghana, having never been capped by England at senior level.