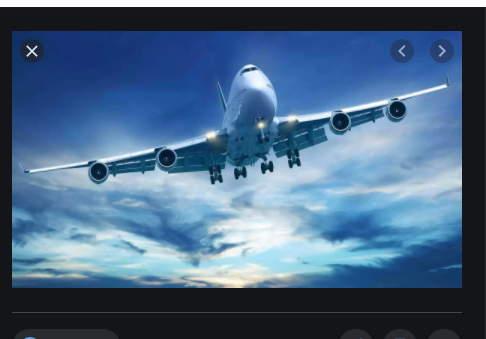 Nigerian airlines are beginning to reduce airfares on local routes as new airlines spring up, passenger traffic gradually improves and more aircraft are being deployed on local destinations, intensifying competition on these routes.

Few weeks after the resumption of local flight operations across Nigeria, BusinessDay had reported a 100 percent fare increment by domestic airlines as a result of increased operational cost, but the situation is changing as more airlines deploy more aircraft on local routes.

Green Africa, another prospective domestic carrier, which is at the final lap of obtaining its Air Operators Certificate (AOC), has restated its commitment to providing low-cost carriers.

Ibom Air deployed one Bombardier CRJ900 aircraft in addition to the two it had to operate local destinations.

Olumide Ohunayo, an aviation analyst, told BusinessDay that before now, capacity was not enough and the exchange rate impacted operational cost, which pushed ticket prices up.

Ohanayo said although operational costs still persist with the introduction of train services and new airlines had helped to bring down ticket fares.

“As new airlines come in, those existing are becoming jittery and reducing fares to retain customers. The days of having few airlines control the travel market is no more,” he said.

According to Ojuri, a lot of airplanes are back from maintenance and there are new entrances, which signifies available seats for passengers.

“The number of COVID-19 cases is reducing in Nigeria and vaccines will be delivered to us soon. These successes would boost passenger traffic, and we would begin to see a significant increase in passenger traffic in the next quarter of 2021,” he explained.

John Ojikutu, an aviation security consultant and secretary-general of the Aviation Safety Round Table Initiative (ASRTI), said the presence of more airlines on local routes would help reduce airfares.

Ojikutu advised airlines to consolidate on local operations before reeling out plans to commence regional operations.

Obiora Okonkwo, chairman of United Nigeria, said Nigeria’s air travel market was huge and there was a need to have more aircraft on local destinations, saying there was nothing wrong in having a healthy competition on local routes and passengers should have options, as this would help grow the sector.

“It is at this time that the Strategic Business Unit (SBU) can pull their weight and prove to the operations and engineering SBU of their positive impact on the overall business. It is more like a challenge!

“I expect this SBU to develop special products, promos among others in support of capital and cash flow. For example, banks, telecoms do a lot of promos to generate needed cash flow during low seasons. Even Multichoice develops Big Brother as a special purpose product during off-peak season,” Adewale said.

He also advised airlines in Nigeria to partner hotels more whereby their flight schedules are placed at their reception desk with seamless connectivity to the airline for a ticket purchase, hotel pickup, and flight change and this could be easily done through ICT capability enhancement.

“Special products can be generated for targeted state or public service sectors to encourage them to travel. Similar incentives can be issued to their premium customers and performing sales agents that make them go the extra mile on their behalf

“If well crafted, the airline load factor will surely improve during this off-peak period and could evoke customer loyalty during peak season,” he said.

As airlines deploy aircraft on domestic routes, domestic terminals are also being upgraded with infrastructure to attract more airlines.

Asaba International Airport in Delta State on Tuesday concessioned the facilities to a consortium of private investors under a public-private partnership (PPP) model.

This is as the government notes the consortium of investors is expected to expend at least N28 billion on various developmental projects on the airport over the 30-year concession period.

Fuel Prices To Go Up Marginally In June – IES