Gov’t Vows To Borrow Up To US$1billion In July 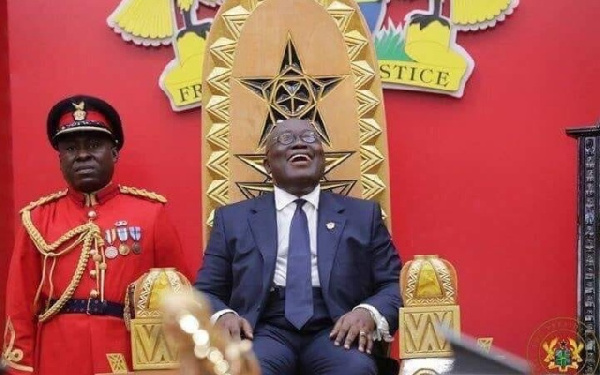 The debt-guzzling Akufo-Addo administration has planned another debt rampage in July 2021 with a plan to raise to US$1billion through the sale of so-called sustainable bonds.

Charles Adu Boahene, Minister of State at the Finance Ministry, told US-based Bloomberg that the money will be used to fund the Free SHS and also plug gaps in the budget.

“With this issue, we’re looking at refinancing those debt already raised to undertake projects in the environmental and social sectors,” Adu Boahen said. “Out of all that we will raise with our capital market mandate this year, only $1.5 billion is fresh debt, the rest is for refinancing or buyback,” the Deputy Minister stated.

The sale is likely to be a mix of social and green bonds, according to reports.

It would also come in the wake of the World Bank warning that Ghana has become a high-risk country for debt unsustainability due to the government’s huge appetite for borrowing which is expected to escalate the debt to GDP ratio to 81% by end of the year.

Okyenhene Calls For Suspension Of Mining Activities For A Year