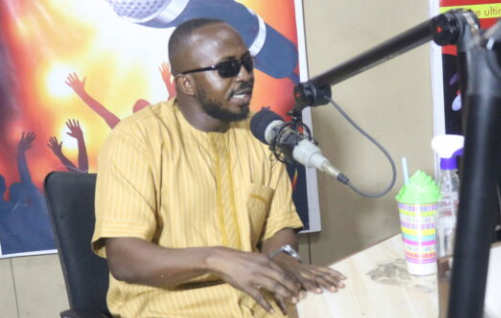 Founder and leader of the National Liberation Congress Party, Stephen Atubiga has alleged that one of the major causes of former President John Dramani Mahama of the opposition National Democratic Congress(NDC) defeat in the December 7,2020 election was sex.

Ghana’s election on December 7,2020 saw incumbent Nana Akufo-Addo of the New Patriotic Party (NPP) declared the winner with 51.59% of the vote, ahead of his main challenger, former president John Mahama of the opposition National Democratic Congress (NDC) , who received 47.37%.

Speaking in an exclusive interview on political talk show,’HardBall’- hosted by Kwabena Owusu Agyemang on Accra-based Hot 93.9FM, Stephen Atubiga alleged that the leadership of the NDC during the December 2020 election were busily having sex with women in town when they were supposed to be campaigning vigorously.

According to the former ardent member of the NDC, he has not seen politicians who like sex than the leadership of the NDC.:

“As at two weeks in November 2020,money to train 105 polling agents for the December elections weren’t available…The people at Mahama’s private office are very lazy and useless…they were not able to coordinate from the polling stations at least for ten seconds during the election but they were rather sitting somewhere and having sex… See, one of the things that caused  the defeat of the NDC was buttucks”. Atubiga fumed

He continued,” I have not seen politicians who like sex like the leadership of the NDC…there were internal strategic buttucks and external buttucks which sinked the party ….During election, we don’t have sex for long but they were having sex all day… Mahama’s defeat was a deliberate calculated betrayal…They intentionally caused Mahama’s defeat”.

Stephen Atubiga, accentuated disdainfully that looking at the state of the NDC party and its leaders, the NDC can never win the 2024 elections.

According to the founder and leader of the National Liberation Congress Party, his party will determine the winner of the 2024 elections.

Watch the video of Stephen Atubiga’s submission below

Gov’t Vows To Borrow Up To US$1billion In July