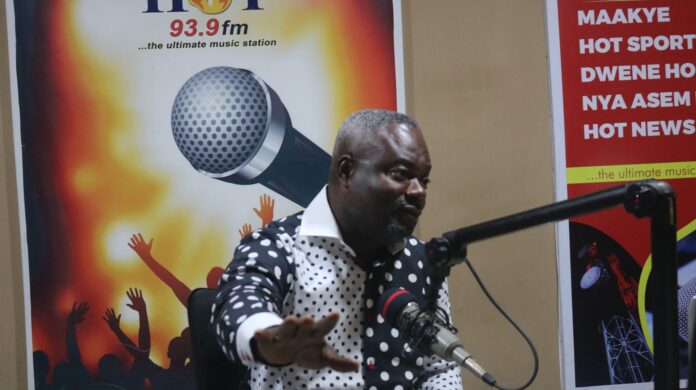 The song, since its release has raised a lot of controversies in the country. Some Ghanaians have labelled the song as “wack”, juxtaposing it with the songs of Patapaa, who is perceived to be the king of “wack” music. Others, however, do not think of it the same way: the song has had a major hit on social media and Ghanaians-both young and old.

Lovers of the song say that even though the lyrics are gibberish, it is a very creative one and has a great beat to it. Social media users have stirred the waves with videos of the “Putuu” challenge, where people memorize the song and sing along, and others act out the song according to their own interpretations.

Speaking in an interview on Hot 93.9 FM’s ‘Maakye’ show hosted by Boamah Darko on Wednesday 29th July, 2020, Kofi Akpaloo could not agree more with the majority, as he praised Stonebwoy on the song.

According to Mr. Akpaloo, he will encourage the youth to do songs like “Putuu” —on the basis of its creativity when he is elected into power.

“I have no problem with the ‘Putuu’ song…The lyrics do not always matter, if the song has a good beat. Anybody in Liberia would dance to it regardless of their understanding–as long as the song is danceable…Stonebwoy has done well… It is on the hearts of the LPG to invest in the youth when we come into power so that they can come up with songs like this and go international”. He told Boamah Darko in his final remarks on the song.

Meanwhile, Kofi Akpaloo has endorsed Mrs Margaret Obrian Sarfo, a businesswoman, as the running mate to support the party in its bid to win power in the upcoming elections.

HOT VIDEO: Tiisha Reveals Her Type Of Guy After Claiming To Be Single

GNG MUSIC AWARDS 22: Why Joseph Matthew Must Win All His Categories(Video)