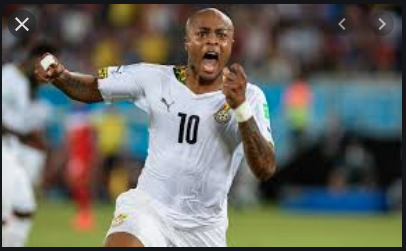 André Ayew has been sensational for the Swans despite their hope of playing the Premier League collapsed against Brentford.

The 30-year-old scored the only goal in th first leg at the Liberty Stadium but lost 3:1 in the return encounter at the Griffin Park.

The former West Ham forward scored 18 goals with 7 assists in 47 matches played for the Swans.

Steve Cooper, who is the manager of the side has admitted the Ghana forward is too big to be playing in the Championship.

The French giants have made the move to sign the attacker after Kylian Mbappe suffered a nasty ankle sprain in last week’s Coupe de France final victory over Saint-Etienne, with PSG releasing a statement saying the 21-year-old will be out for three weeks, meaning he would miss the August 12 European tie.

And according to reports, André Ayew has been identified as a perfect fit and a replacement for the 2018 World Cup winner.