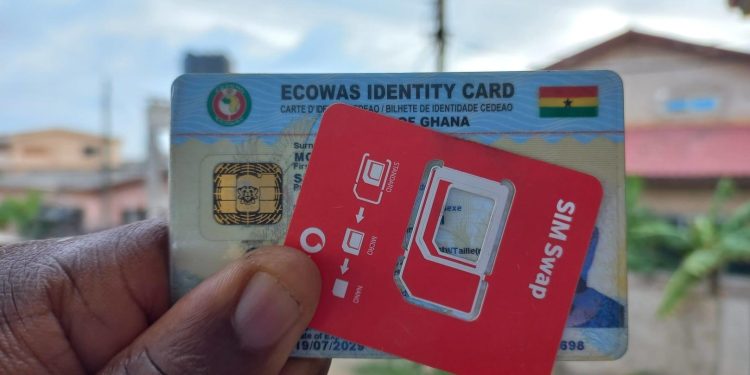 A class action suit will be filed against the National Communications Authority (NCA) and Ministry of Communications over the SIM card re-registration exercise by next week, the Member of Parliament for Ningo Prampram, Sam George said.

Mr George said over 3,000 Ghanaians and Civil Society Organisations had signed up for the Minority’s class action suit challenging the Ministry of Communications and NCA over punitive measures against persons yet to re-register their SIM cards.

The lawmaker questioned the essence of the directive, saying persons who had re-registered their SIM cards were also affected by the sanctions.

“We are supporting a number of legal actions, working with civil society and individual Ghanaian citizens. A number of actions are expected starting from Wednesday, challenging a number of issues and seeking redress for a number of Ghanaians.”

“You should be seeing a class action from sometime early next week where over 3,000 Ghanaians are against  Telco and the Ministry for infringing on the rights of citizens. Persons who had even complied with the directive were still punished by the inefficiency of the Minister, and we needed to call this and say the right thing must be done,” said Mr George.

SIM card owners in Ghana who have not re-registered their cards started facing punitive actions on Monday, September 5, 2022, ahead of the September 30 deadline.

But some mobile network subscribers in Kumasi who have successfully re-registered their SIM cards are alleging that sanctions announced by the National Communications Authority for unregistered SIM card owners are being applied to them.

Many of such affected persons massed up at various offices of their Mobile Network Operators to demand answers.

Already, a pressure group, the People’s Project, has sued the NCA and the Attorney-General (A-G) over the ongoing SIM card re-registration exercise.

The group is asking the Supreme Court to declare the deadline for registration and the associated punitive measures for non-registration null and void.

It argues that the punitive measures are unconstitutional.

The suit follows the NCA’s announcement that unregistered SIM cards will be blocked.