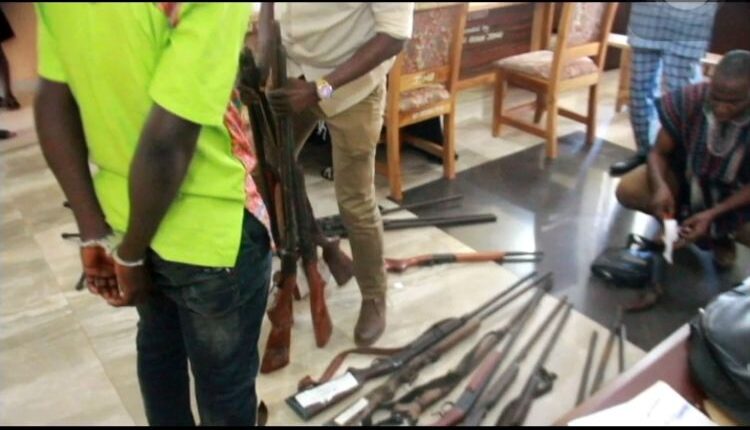 The Bono East Regional Police Command has arrested a 26-year-old man for allegedly manufacturing local weapons at Gulumpe in the Kintampo North Municipality.

Regional Police Commander, DCOP Moses Asabagna Atibilla, disclosed to Adom News that the suspect was apprehended at Zabrama, a community along the Kintampo – Prang road after escaping an earlier operation.

He revealed that the suspect became a person of interest after another suspect in an unrelated crime mentioned him as the supplier of a handgun used in a robbery.

The police were able to identify his house, but the raid was unsuccessful as he had already received information of the pending swoop.

However, 20 long barrel guns, 2 pistols and other ammunitions as well as pipes he uses were retrieved.