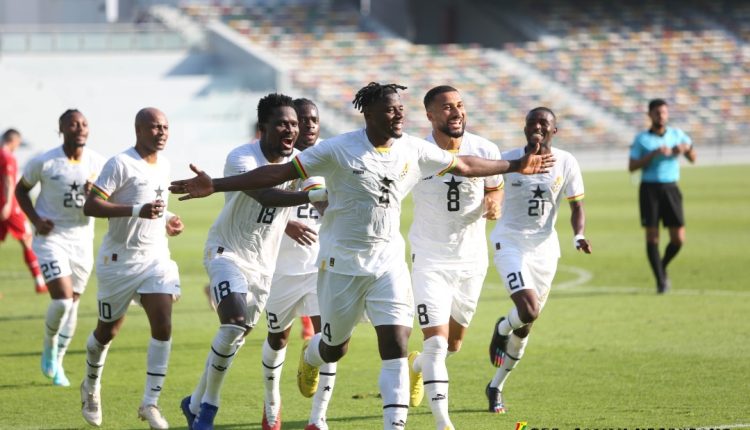 The Black Stars of Ghana defeated Switzerland by 2-0 in an international friendly match on Thursday, November 17, 2022, at the ZSC Stadium in Abu Dhabi.

Goals from Mohammed Salisu and Antoine Semenyo gave Ghana the deserving win over their European opponents as they head to the 2022 World Cup in high spirits.

The Black Stars started the match on a high note creating a few chances in the game which saw Hearts of Oak forward Danie Afriyie Barnieh coming close to scoring a goal in the game.

Spanish-based Ghanaian forward, Inaki Williams also had a close shave at goal on a couple of occasions but was unlucky.

After a barren first half, coach Otto Addo made a few substitutions which saw the likes of Kamaldeen Sulemana, Kamal Sowah, Antoine Semenyo, and Daniel Kofi Kyereh introduced in the game.

Southampton defender, Mohammed Salisu scored the first goal of the match with a header from a corner kick effected by Daniel Kofi Kyereh.

The goal which was the first goal of the defender inspired Ghana to another goal when striker Antoine Semenyo launched a glorious pass from Kamaldeen Sulemana to slot home a volley.

Goalkeeper, Lawrence Ati-Zigi was resolute in post for the Black Stars as he kept a clean sheet. He was able to make a few saves in the game as the Swiss had some goal attempts.

In-form Black Stars players Thomas Partey and Mohammed Kudus did not play the match as they were left out of the squad.

Ghana head into the 2022 World Cup with high hopes after defeating Switzerland who was able to beat Portugal twice in four matches this year. 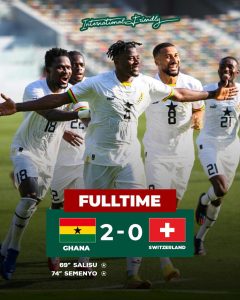 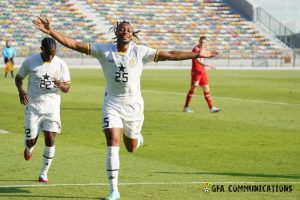 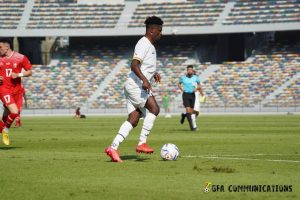 8 Arrested Over Galamsey In Banda Nkwanta