Those Applying For Ghana Cards Can’t Get Them By Sept. 30 – NIA Boss 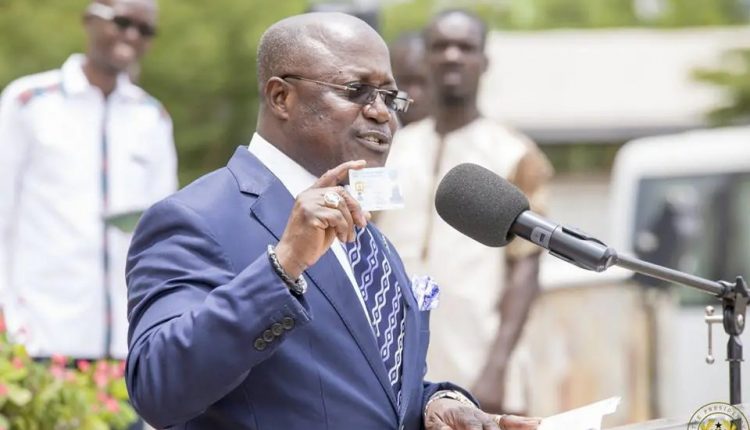 The National Identification Authority (NIA) has given indication that not all who are applying for a new card or correcting errors on old ones or even seeking a replacement due to loss or damage will be able to get them sorted out by Friday, September 30.

Executive Secretary of the Authority Professor Kenneth Agyemang Attafuah told host Alfred Ocansey on TV3‘s Ghana Tonight on Monday, August 1 that his outfit was not established to operate by deadlines but rather in perpetuity.

The national identity cards, popularly known as the Ghana Cards, have become the primary document for the recent re-registration of subscriber identity module (SIM) cards.

Failure by many to get their SIM cards re-registered saw the Minister of Communications and Digitalisation, Ursula Owusu-Ekuful, extend the July 31 deadline by two more months. It was the second extension after the first on Thursday, March 31.

Mrs Owusu-Ekuful, while addressing the press on Sunday, said she had to extend the deadline again “reluctantly”.

“Upon consultation with the industry and in view of the challenges enumerated above, I have very reluctantly decided to grant a final conditional extension.”

She said this latest decision will take the exercise, which started on Friday, October 1, to exactly a year since it started.

“The programme will be extended to 30th September to end on the anniversary of its commencement. That will give us one full year of SIM registration.”

With the Ghana Card as the single most sought-after document for the registration, pressure is on the NIA to get applicants captured for their cards.

But Prof Attafuah said the Authority was set up to allow Ghanaians the luxury of time to get their cards.

“NIA was not set up with a specific deadline,” he stressed.

“NIA is an organisation set up in perpetuity. What that means is that we are to deliver our mandate pretty much the same like the hospital or a maternity ward that people go there as and when they need to.”

He explained that the law that set up the NIA required it to conduct a mass registration within a one-year period and get Ghanaians who turn 15 years and non-citizens the luxury to register.

“That is the scheme prescribed by law and that is the scheme we are implementing and we are doing so in perpetuity. There is no timeline and the intendment of the law is that people will go to the NIA at their leisure and pleasure to go and get registered and those people will be those who were not captured during registration.”

Prof Attafuah, however, expressed hope that a large chunk of Ghanaians out of the over 800,000 left will get their cards for the SIM re-registration before the latest deadline.