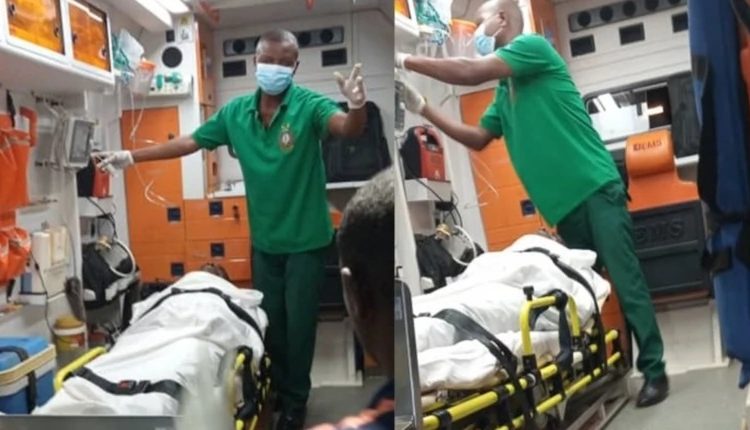 The Krachi West Police Command has reportedly deployed personnel to the municipality following the shooting of Nana Quansah Kpebu II, the chief of Gyengyen.

Myjoyonline.com reports that the incident occurred on the night of Monday, June 13, 2022 during a short period of power outage in the community.

The traditional leader was shot at his residence, and was rushed to the Krachi West Municipal Hospital for treatment.

However, he was later transferred to the 37 Military Hospital in Accra for further medical examination because he had been hit by a bullet in his groin and would require secondary medical treatment.

A couple of days ago, some unknown assailants set ablaze a vehicle carrying three chiefs from Ellembelle.

According to the Ghana News Agency, Nana Anokyi IV, Chief of Anokyi, Nana Akpanye Armo II, Chief of Awiaso, and Nana Blaychie, Chief of Ekpu in the Ellembelle District of the Western Region, and their driver sustained burn injuries from the attack.

The traditional leaders were reportedly returning from the installation ceremony of the new chief of Agyambra, Nana Amenkyi Fabin V, when the unfortunate incident happened.

Narrating the incident to the GNA, with registration number GR 2304-12, Kwame Mensah said he was driving the chiefs and when he got to the rubber plantation at Agyambra on the way to Nyamebekyere, popularly called 32, he encountered a road block.

He stopped and alighted in an attempt to remove the road block, but to his surprise, five men came from the bush, one holding a gallon of petrol, and they poured it on the vehicle and set it ablaze, the news agency reports.

Mensah went further to allege that the men who attacked them might belong to another faction in the community that also laid claim to the throne of Nana Amenkyi Fabin V.

The occupants of the vehicle in question managed to escape but sustained various degrees of burn injuries.

Also recounting his ordeal, Nana Anokyi IV said that he had to flee through the rubber plantation and later got to the 32 Customs Duane barrier at Nyamebekyere.

The Ahanta-West Municipal Police Commander, DSP Valentine Akposu, confirmed the incident to the GNA, saying his outfit was investigating it.

Watery Sperm: Why Your Semen Is Not Thick And What To Do