Watery Sperm: Why Your Semen Is Not Thick And What To Do 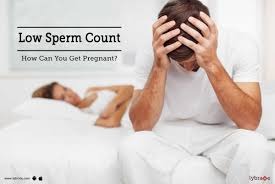 Semen is a combination of fluids and sperms generated by the male reproductive system. Generally, semen is a thick, viscous whitish liquid. Certain body conditions can change the colour, smell, and consistency of the semen and it can look more watery.

Watery semen can be due to temporary conditions in a healthy and fertile man but if the semen is watery every time, that leads to infertility.

Zinc, especially, plays an important role in sperm production in a man’s body. While your normal food (nutritional diet) intake should be sufficient to provide your body with the necessary amount of zinc, sometimes, the body falls short of this important metal. Zinc supplements prescribed by your sexologist should fix your problem.

One of the most common causes of watery semen is low sperm count. This is also known as oligospermia. If you have low sperm count, it means your semen contains fewer sperm (where there are less than 15 million sperms per ml of semen) than normal.

If you have semen that appears watery, it’s important to note if some colour is present or if it’s clear. Very clear semen may actually be pre-ejaculation fluid that’s released during foreplay. It typically contains few sperm.

Watery semen caused by a low sperm count doesn’t automatically mean you can’t conceive. It may take additional attempts, or you may have something like an infection that has temporarily caused the low sperm count. But you can try the below remedies:

In some cases, a change in lifestyle may help boost your sperm count and improve the quality of your semen. Positive changes include:

In many instances, changes to the consistency of your semen are temporary and treatable. If the cause for watery semen is low sperm count and you’re trying to conceive, there are many treatments available. Speak with a fertility specialist about the best options for you.