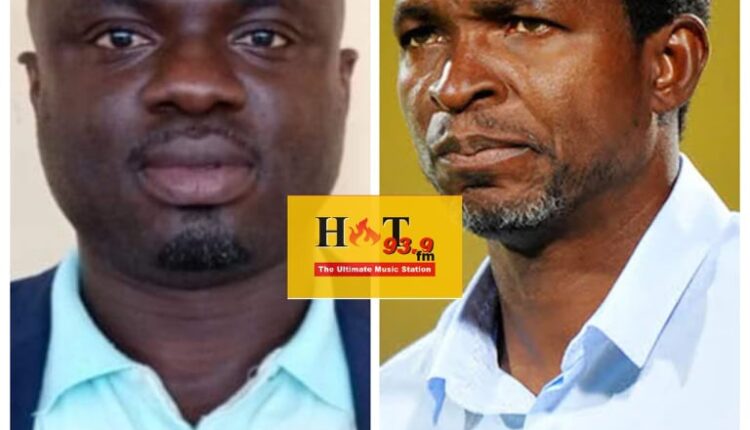 Coach Maxwell Konadu who recognized the late astute Sports show host as a friend, admitted that it was the latter who made him reap interest in listening to foreign football news on radio.

“The industry  has been dealt a huge blow..He has been a role model to many people.He has really done his part… May God Keep his soul till we meet again”. He added

Bigality, died on Thursday, 25th March, 2021 at the Wenchi Regional Hospital after a short illness. He would be buried on Thursday, April 1,2021 at Wenchi in the Bono Region.

Meanwhile, a book of Condolence for the late Sports Show host has been opened. Well Wishers, Friends and Sympathizers are welcome to Hot 93.9FM premises in Accra Central, near the General Post Office to sign it.

Watch video of how Maxwell Konadu paid his tribute