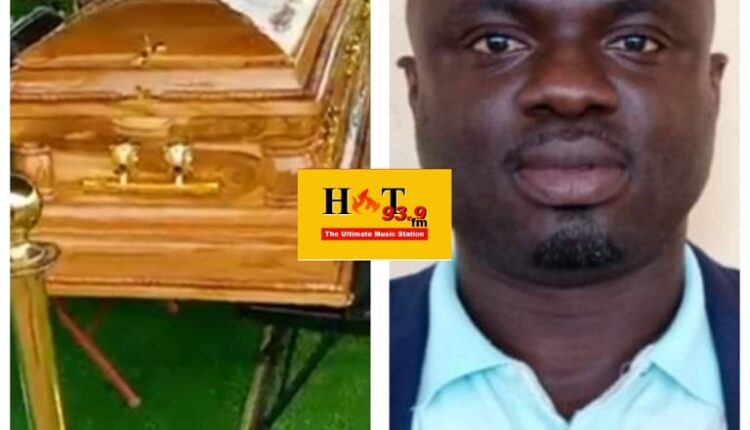 The body of the late astute Sports show host has been laid in late at the Wenchi Community Centre for relatives,friends and sympathizers to pay their last respects.
He will be buried later today (Thursday, April 1,2021) at the Wenchi Community Cemetery.
Bigality, until his demise on Thursday, 25th March, 2021 at the Wenchi Regional Hospital after a short illness was the Sports Show host of ‘Hot Focal Sports’ which airs on Weekdays from 6:30am- 10am on Accra-based Hot 93.9FM
Watch a video of how the body has been laid in state.
0
Share

UEW Student Arrested Over Death Of Woman In Hotel Room