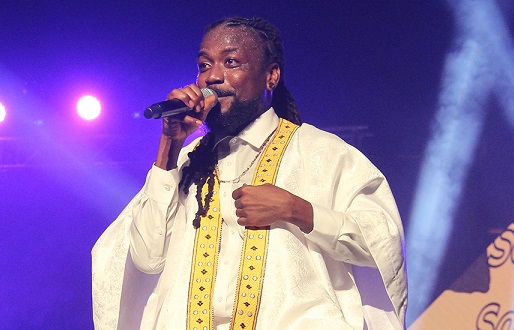 This year’s Foklex media awards which took place at the National theatre in Accra on Saturday 30th April shall go down as one of the worst events ever to be staged in Ghana.

As an award scheme which is aimed at awarding Ghanaian media personalities, many would’ve expected it to be properly organized but that perception never materialised.

The situation was overly embarrassing. The look on legendary Musician Rex Omar’s face who was one of the special guests said it all .

Another contrivance that marred the event  was how the auditorium was not packed to the rafters as expected.

The National Theatre holds over 2000 people but It was not a pleasant thing to see the Ghanaian superstar perform to virtually empty seats.

Before the famous musician mounted the stage to perform at around 2am, you could count the number of people at the auditorium and this was due to the fact that the organizers of the show, headed by Frank Owusu, didn’t publicise the event extremely well.

As professional as he is, the celebrated Samini was not discouraged by the few people he had to perform to but went all out to entertain them.

Performing songs like “Gyae Shi” and ‘Samini’, Samini’s performance was enjoyed by his die-hard fans who had come to see him. Clad in beautiful white apparel ,Samini’s amazing performance really depicted that  he is truly the best Live Band performer in Ghana currently.

This year’s Foklex Media Awards was the 11th and per how muddled the event was organized, RazzNews.com would only advise the organizer to abolish organizing the event because ever since its inception , the event has never improved.

Watch excerpts of Samini’s performance below