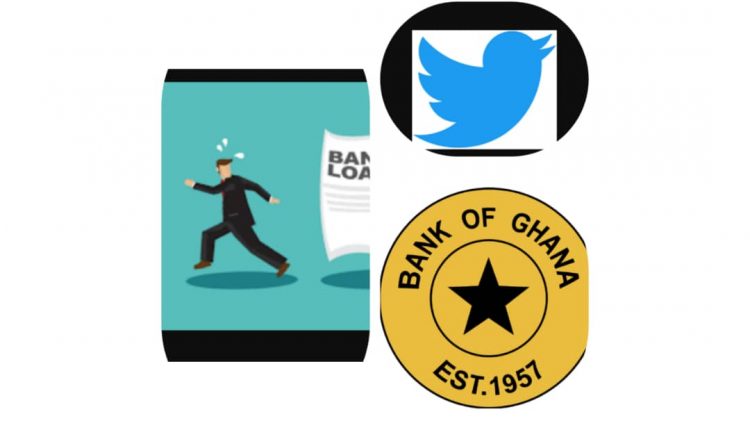 The Bank of Ghana(BoG), in a statement released last Wednesday, has cautioned Ghanaian ‘MoMo’ loan defaulters.

The BoG cautioned that loan defaulters would have their credit reports affected at the credit bureaus if they failed to complete their loan repayments to the telcos.

The ongoing Ghana card and sim card re-registration brouhaha has caused the country to be in a baffled state, as the NIA, telcos and Ministries were still debating on the issue.

After BoG released the statement on its Twitter handle, users lashed out at the institution in the comment session.

While some Ghanaians agreed that the BoG did not have to release such a statement on behalf of the telcos describing them as private institutions, others disagreed.

Others have also asked for loan forgiveness while relating the nonpayment of the defaulted loan to the Russian-Ukraine war.

‘You owe loans to foreign bodies, but they have not released a statement that you owed them. This is unconstitutional’ twitter handlers alleged.

The global Economist Steve Hanke recently accused Akufo Addo of playing the blame game with the Ghanaian Economy instead of looking for solutions.

Steve made the accusations after the president’s submission at the 77th session of the United Nations General Assembly (UNGA 77) held in New York, USA.

Some Ghanaians have also asked why they needed Ghana cards if they had their information to submit to the credit bureaus.

Check some of the tweets below: 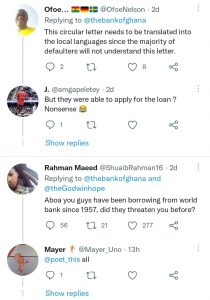 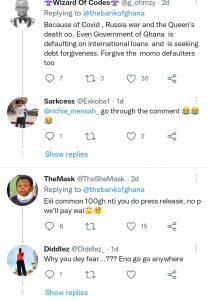 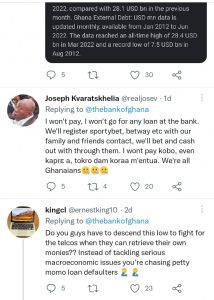 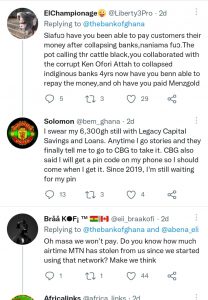 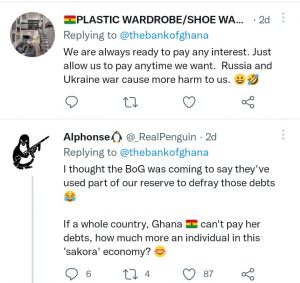 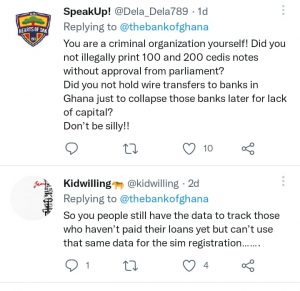 No Sim Card Would Be Blocked Tomorrow – Sam George