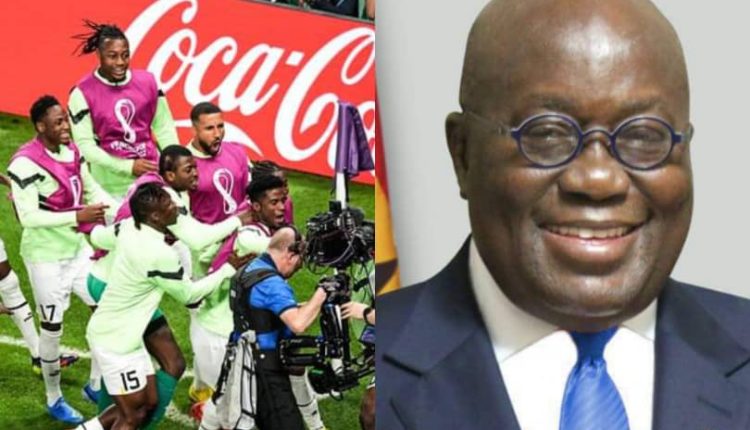 The President, who is currently in the United Kingdom after passing through Qatar to wish the team well prior to their first game tweeted about an hour after the game, saying the victory was hard fought but was “thoroughly well-deserved.”

He has wished the team to go for victory against Uruguay in their last group game to secure qualification to the last 16.

“Kudos to the Black Stars. Hard fought, but thoroughly well-deserved victory against South Korea. Proud of the entire team and the unalloyed support is given to them by all Ghanaians. Now to the final group stage game against Uruguay.#WeCanDoIt #GoBlackStarsGo,” the President tweeted. 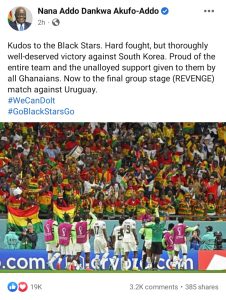