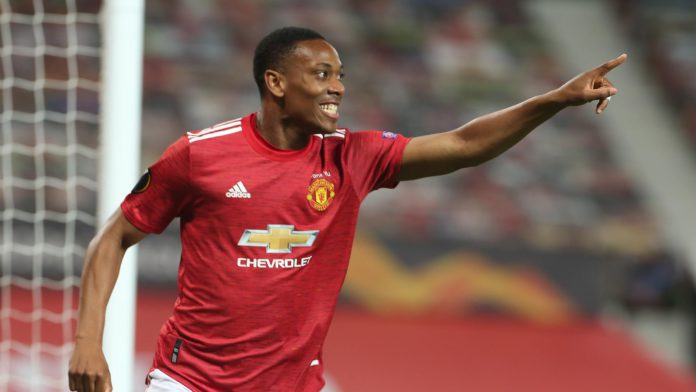 Manchester United eased through to the last eight of the Europa League, Jesse Lingard and Anthony Martial trumping Philipp Weisinger’s brilliant opener and making for a 7-1 aggregate score. United now play FC Copenhagen, in Cologne on Monday, for a spot in the semi-finals.

The first half was every bit as miserable as might have been expected given the score, teams and conditions, though both sides ought to have scored in the first half. For LASK, Andres Andrade headed against the bar, while for United, Harry Maguire twice headed over the bar.

United played much quicker and much better in the second half. but went behind on 55 minutes when Weisinger curved home a beauty. However it was not long before United drew level, Lingard just about slotting home after dithering, with the aid of a slight deflection.

Both sides made chances to win in what remained of the tie, but neither could quite find enough quality until Martial came off the bench and found a winner. United will fancy their chances when the serious business gets going next week.