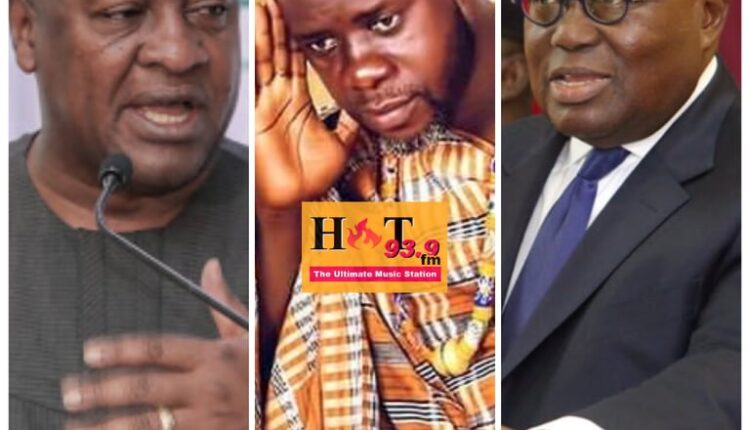 According to him, politicians shouldn’t think because they’ve been voted into power they can only amass wealth without focusing on changing the lives of the people .

Ahenfo stressed in the song that, that stupidity of politicians neglecting the main motive for coming into power wouldn’t be condoned any longer.

He advised that, ” Journalists, religious bodies and Politicians let’s all put our differences aside and  come together to help make our country a better place”.

Ahenfo, shot to fame when he astonishingly revealed in an interview with Hotfm TV that it is good celebrated Highlife Musician, Kofi B has died. According to Ahenfo, the death of the ‘Mombrowa’ singer is an indication that it is time for him(Ahenfo) to shine.