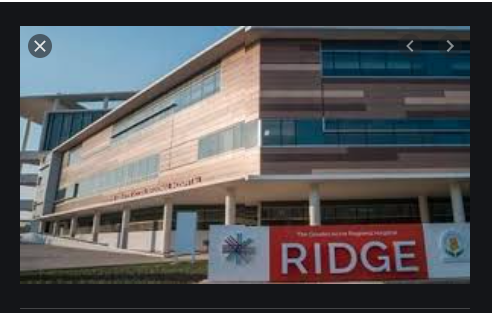 A press release, issued and signed by the Greater Accra Regional Director of Health Services, Dr Charity Sarpong, said though one of the persons mentioned in the alleged illegal acts worked at GARH, the act was alleged to have taken place in his private hospital.

It said it had noted with great concern a joint Press Release issued by the Medical & Dental Council and the Economic and Organized Crime Office (EOCO) on the arrest of some Health Personnel reported to have been engaged in the alleged illegal acts of “Baby Harvesting and Human trafficking”.

The release which was forwarded exclusively to Hotfmghana.com  on Thursday, said the Regional Health Directorate seriously condemned the alleged acts and would not condone such behavior in any health facilities.

“We are, therefore, happy to note that, the Medical & Dental Council and EOCO intends to investigate the allegations and ensure that all concerns are brought to book,” it said.

The statement assured the public that the Ridge Hospital and all other health facilities in the Region were safe for delivery and committed to providing quality health care services in line with its professional and medical ethics to all clients.

My Husband Steals From My Purse – Woman Shares Ordeal