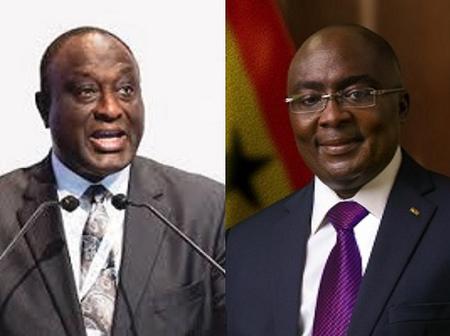 The first impact of the race for the leadership of the New Patriotic Party in the 2024 elections appears to have been felt with President Nana Addo Dankwa Akufo-Addo having to settle on the more neutral Osei Kyei-Mensah-Bonsu as the presenter of the 2021 budget.

Though his former deputy Charles Adu Boahen has been elevated into acting capacity, he is not permitted to present the budget as he has not undergone vetting and subsequent swearing-in.

The situation has created a lacuna with the president having to select one of his senior figures to discharge the constitutional demand.

The first name that popped up was Vice President Dr Mahamudu Bawumia who is the head of the Economic Management Team.

Osei Kyei-Mensah-Bonsu, the leader of the majority caucus in Parliament had suggested Bawumia was going to present the budget.

“The Minister-designate for Finance is not in the jurisdiction. Even if he were to be here he has not been vetted. He must be vetted and approved before if he has to present the budget, he could. The Vice President is not a stranger, he is the head of the Economic Management Team, and he could do the presentation.” He told Joy News.

Less than twenty-four hours after this statement by Parliamentary Affairs Minister, reports from credible media firms emerged that Alan Kyeremanten had been picked to read the budget.

But on Monday, Information Minister Kojo Oppong Nkrumah announced that Osei Kyei-Mensah-Bonsu who is the head of government business in parliament was going to read the budget contrary to rumours that had either Bawumia or Alan Kyeremanten presenting government’s financial plan for the year.

This sudden change could be attributed to the race between the two men for the flagbearer slot of the NPP.

With the budget providing a great platform for one to advertise themselves, a choice of Bawumia or Alan could have been interpreted as a tacit endorsement by the president.

The president thus presumably, played it safe by appointing the Majority Leader who up until this point, had not hinted of any presidential ambitions.

Kennedy Agyapong, a leading member of the party recently warned the party’s hierarchy not to be divided.

“NPP people should listen to me well, if we go to opposition I’m the first person who will suffer huge casualties, therefore I’m not going to sit down for anybody to make a mistake to send the party to opposition. Don’t think that I’ll remain silent, I will definitely talk after all the ministers are appointed and approved by Parliament. If the NPP like, let them repeat the same mistakes and see if they can control me. No, no, no, they can’t, if they do. So their fixation on power at this early stage of Akufo Addo’s second term must be shelved. It is too early to start jostling for who’ll succeed President Akufo Addo when he’s even yet to form his government for the second term. We should learn from our past mistakes and stop disintegrating the party with our ambitions, it will not help the party,” Hon. Ken Agyapong said in an interview on Oman FM .