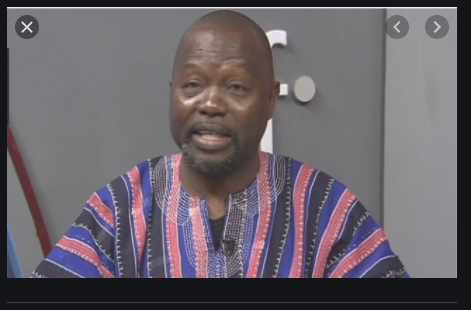 When the seven justices of the Supreme Court hearing the 2020 election petition sit today, February 25, 2021, one of the key issues they will consider is the contempt charges against former deputy Attorney General, Dr. Dominic Ayine.

Ayine was on Monday slapped with the charge following comments he made which in the wisdom of the judges is an attack on them.

Ayine in an interview on February 16, 2021, accused the judges of having predetermined agenda against the petitioner John Dramani Mahama.

“We are contesting even the constitutionality of the declaration that was made. We are saying that she (EC chair) violated article 23 of the Constitution because she’s an administrative body. We have also said her exercise of discretion was contrary to article 296 of the Constitution.

“These are all germane issues under the Constitution and laws of Ghana and to reduce the petition into a single-issue petition, is rather unfortunate and smacks of a predetermined agenda to rule against the petitioner in this matter.” These are the comments that got him in the dock on Monday, February 22.

The court after a verbal reprimand by Chief Justice, Anin Yeboah ordered Ayine to use the same medium he made those ‘scandalous’ comments to apologise for his actions after which the court will strike out the charge.

Ayine indeed apologised, stating that “Mr Frank Davies is not a stranger to the Supreme Court, he is standing here to my right. After the 16th of February when I finished addressing the press, he walked up to me and reminded me that the phrase that I had used, that there was a predetermined agenda had crossed the line.

“And that was when I started reflecting over whether or not I had crossed the line and I agree absolutely with Mr. Frank Davies and those of you who think that I crossed the line on that day.

“I wish to unreservedly apologize to the court that is the Supreme Court of the Republic of Ghana as well as the justices in particular who sat on that day.”

When the court resumes sitting today, the charge will likely be struck out and Ayine will be free from the charges.

Ghanaian Woman Found Dead In Her Room In London