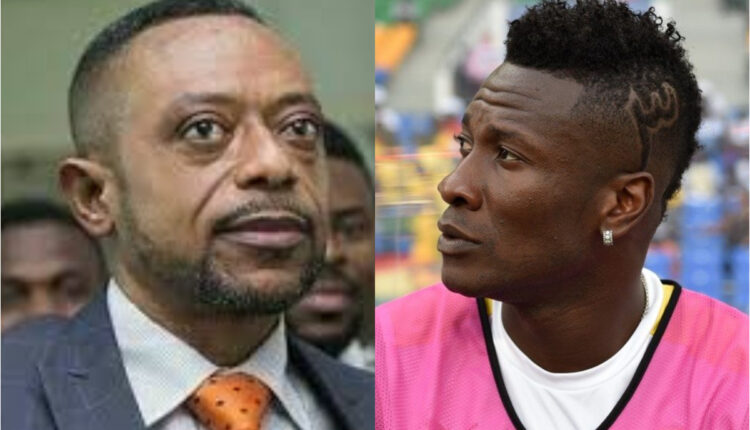 Popular prophet, Owusu Bempah, has replied former Black Stars captain, Asamoah Gyan over an advice he was alleged to have given to ‘church goers’.

Gyan, while preaching the need for savings, said regular church offerings and tithe were a major waste in God’s sight, saying the way of righteousness is giving to the less-privileged in society.

The footballer said the lavish lifestyle adopted by most pastors was a clear mockery of the ‘not so financially stable’ members whose money finance the said pastors.

In a sharp rebuttal, however, Owusu Bempah said Gyan exhibited ignorance, quizzing if he played football for free.

He said just like every worker benefits from their talent, pastors should also enjoy from their God-given gift.

“Those who watch you at the stadium pay gate fees; not all of them are rich. Why have you not adopted the policy that poor people should watch you for free? Pastoral activity is a serious business. I preach, deliver and render other services.”

“I have a family of my own. None of the vendors have ever given me free gift by virtue of the fact that I am a pastor: so for that, we need the finances. Sometimes, the offertory is not solely for the pastor’s upkeep. We fend for families and congregants too. So my brother [Asamoah Gyan] when you see a pastor in an expensive car, don’t envy because no one envies you.”

That said, Owusu Bempah called on Asamoah Gyan to retract his statement, saying it was a ‘big mistake’.