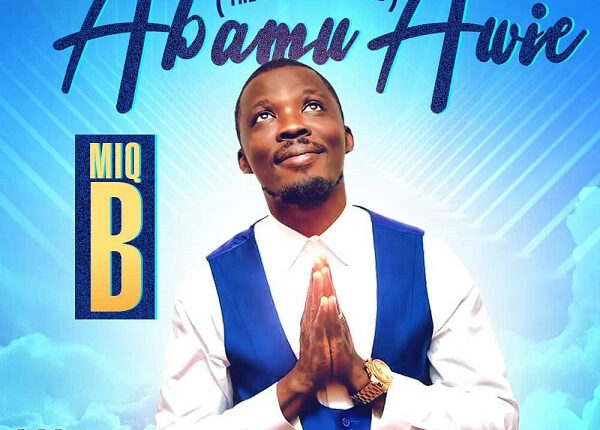 Abamu Awie, a praise song that proffers the holiness of God promises to be another reason why the gospel fraternity keeps dominating despite the aggressiveness of the devil in these end times. It calls the attention of God and his spirit to fill and manifest in the lives of every believer.

With his amazing voice and composition skills, MIQ B, as confessed by music professionals, is an outstanding artist who focuses on his craft and knows the rudiments of his profession. His preparedness to doing the work of God always takes him a step higher with top-notched delivery ahead of his competitors.

His latest single, ‘Abamu Awie’ is another tune to take Ghana music to a deserved pedestal. With a soothing voice and a nice rhythm to compliment, MIQ B is undoubtedly that gospel artist any serious gospel singer will like to associate with.

Michael Boateng is a Ghanaian Gospel musician. Born in the 1970s, his parents were missionaries so he did not grow up in one particular city, town or village. He became interested in music at a young age.

In 1995 he was with Kwame Mickey at Kwame Ghana music production he took him as a brother and personal assistant he was also involved in composing some few songs that became very popular in Ghana in the year 2000 and 2001 just before he left to the USA in 2000.

When he got to America his life changed and became so committed to God, he was a member of a church called PTWC founded by Apostle Ben Akotey and later ordained as an associate pastor. Between 10 to 15 years he wasn’t doing any music, in 2019 everything changed and his passion for Gospel music grew strong so he started recording right from April 2019. He has recorded 18 tracks with the help of his wonderful wife Anthonieth Arhin who inspired and encouraged him.