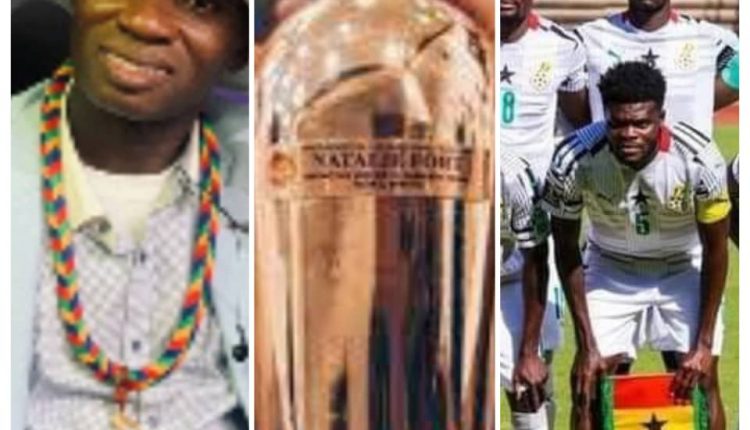 It seems controversial socialite and self-acclaimed Global Ambassador for the United Nations (UN) has once again launched another award scheme.

Dr. UN became popular after his controversial awards he organized an award where he gave some awards to some celebrities and powerful personalities in the country at the Alisa Hotel on August 28, 2020.

According to Dr. UN, he has plans to create another award scheme for Ghana’s 2022 World Cup campaign. Dr. UN disclosed in an interview on the Detail Show that the new award he will be introducing will be called the ‘Ghana for gold’ award and will be aimed at whipping up support for the Black Stars.

“The ‘Ghana Go for Gold’ award I will be organizing this year is to help push the Black Stars to go for Gold in the 2022 FIFA World Cup in Qatar,” he said.

“A song has even been composed by me for Queen Elizabeth to honour her.”

The host, Delay questioned if he is fake on the Delay Show, Dr. UN denied it, insisting he has ties to people in higher places.

“I’m not fake and I don’t do scam Delay. We are all in Ghana and you have seen the kind of people I have awarded, do you still call me a scam?” he added.