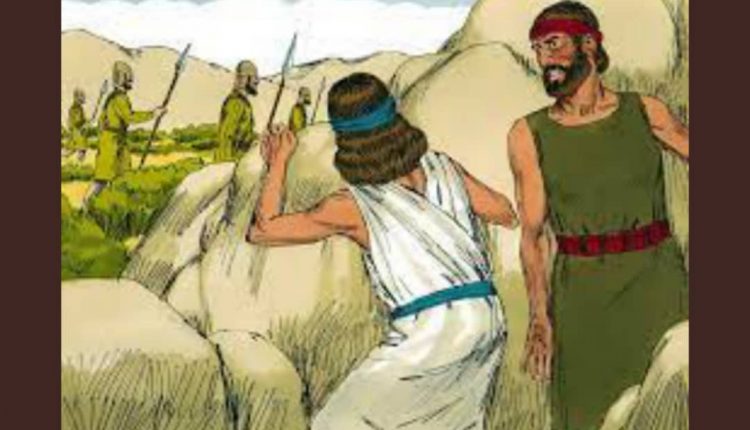 You may have heard of Rahab, the prostitute and resident of Jericho in the book of Joshua. She helped the Israelite spies when they came to scope out the land before the planned invasion. For her efforts, she was spared along with her family when the Israelites attacked and the walls fell. She is also mentioned in Matthew’s genealogy of Jesus (Matthew 1:5), Hebrews 11:31, and James 2:25.

So far so good, but it’s worth noting that the Israelite spies—to repeat, these are supposed to be spies, that is to say, on a secret mission to gather military intelligence—immediately upon entering the city entered a prostitute’s house.

Then Joshua son of Nun sent two men secretly from Shittim as spies, saying, ‘Go, view the land, especially Jericho.’ So they went, and entered the house of a prostitute whose name was Rahab, and spent the night there.—Joshua 2:1.

I ask you, what were those soldiers doing when they “spent the night” in a prostitute’s house? Exactly. This is the part that gets left out of Vacation Bible School and children’s sermons.

What also gets left out is how stupid this little move is. In verse 2—the very next verse, mind you—we read:

The king of Jericho was told, “Some Israelites have come here tonight to search out the land.”

Some spies. Already by verse 2, they are found out, since—think about it—a prostitute’s house was like Grand Central Station. The outsiders were quickly noticed and the king was alerted.

These two idiots, who must have finished at the bottom of spy class, might as well have blown a horn in the city square to announce themselves. If you’re trying to sneak around unnoticed, a prostitute’s house is the one place you do NOT go. Very, very bad spies.

I think these 2 verses are brilliant and so typical of Old Testament narratives: pay attention, the action can drama can turn on a dime.

Also, don’t sanitize biblical stories to make the characters look good. The biblical writer might be trying to do the very opposite.