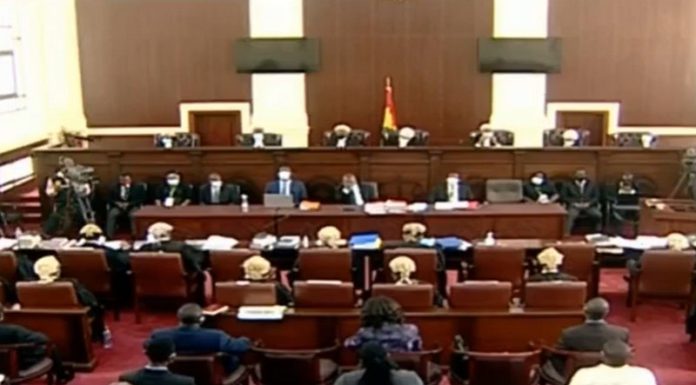 The Supreme Court has set a date on which to deliver judgement on the election petition filed by former president John Dramani Mahama.

After hearing on Monday, February 22, Chair of the seven-member panel, Justice Kwasi Anin-Yeboah, announced that judgement will be delivered on Thursday, March 4.

Chief Justice Anin-Yeboah said the court is granting the petitioner leave to file his closing address by close of day on Tuesday, February 23.

The judge said the court has adjourned and will give its ruling on March 4, but if after reading the closing addresses, there is a need for clarification, the counsel for the parties would be called.